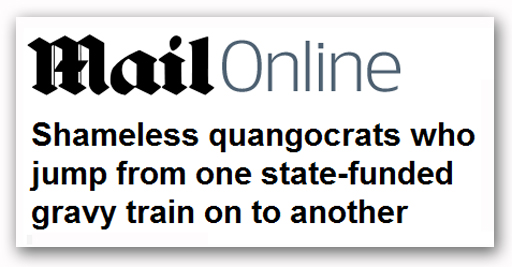 Famously, the Cabinet Office boasted that the Government had embarked on a "bonfire of the quangos", which would see almost 200 organisations disappear, saving the taxpayer a fortune.

Ten months on, however, these claims have proved grossly overblown, says the Daily Mail. All we've had is a few flickering flames, rather than a mighty conflagration. Of the 192 bodies that the Coalition promised to abolish, 151 still exist, continuing to loot the taxpayer.

Furthermore, where some have been abolished or merged, the quangocrats simply move into another lucrative, public-funded job, where their looting also continues.

And the reason we should not rise up and slaughter them is?