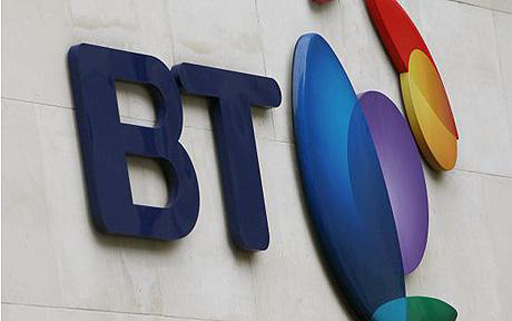 Wholesale looting by the thieves in suits is not confined to the public sector. In fact, the looting disease was caught from the private or – to be more precise – from the corporate sector. Here, wages – or "compensation" as they quaintly call it – has soared to stratospheric heights, reaching the obscene levels typified by the grotesque payments made to BT chief executive, Ian Livingston.

Last year, this looter saw his bonus more than triple, taking his total pay package, including shares, to more than £3m. It thus can hardly be unrelated to see today the beguilingly simple headline "BT customers face higher bills".

Monthly line rental for customers are to rise from £13.90m to £14.60, having already increased from £12.79 in April. Other rising charges include the cost of daytime calls, the cost of the popular "Anytime" call package, and the call connection fee. 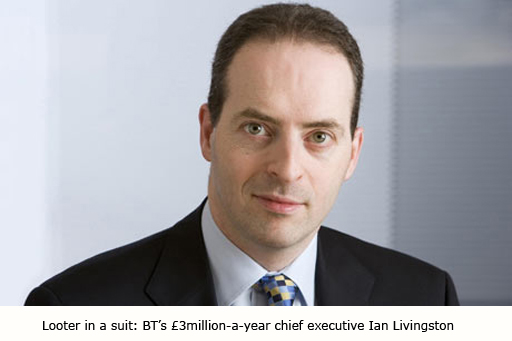 In fact, the rise in charges is directly connected to Livingston's fortunes, as he was drafted in salvage the company from its disastrous ventures, in particular the losses from its Global Services wing. His predecessor in the role, Hanif Lalani, left BT the year before, having presided over £1.6bn of "write downs" on these ventures, taking a £780,000 "golden goodbye" as his reward for failure.

Livingston has since turned the company round , mainly by the expedient of increasing prices while holding down the pay of his field workers. He has, nevertheless, retained his company's enviable reputation for inefficiency, poor consumer service and indifference to customer needs.

Apologists for this type of corporate looting will, of course, point to the effect one man can have on the balance sheet, stressing that getting the right man for the job requires an internationally competitive payment package.

On the other hand, one has to note that corporate decisions are not taken by one man alone – that is what boards of directors are for. And here the looting spreads across the table. Last year, the head of BT's retail business, Gavin Patterson, saw a salary increase of five percent and finance director Tony Chanmugam got a rise worth more than seven percent.

The message sent is obvious – and it is one that has doubtless been absorbed by the youths of Tottenham and elsewhere. And if the men in suits can so freely indulge, they should hardly complain when the scrotes at the bottom of the heap follow their example.