Consider it a rehearsal 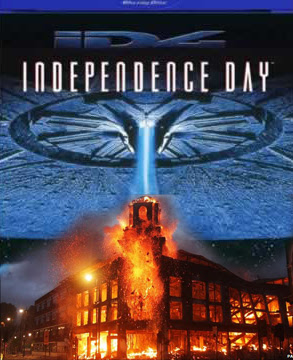 "David Cameron, Ed Miliband and the entire British political class came together yesterday to denounce the rioters", writes Peter Oborne: "They were of course right to say that the actions of these looters, arsonists and muggers were abhorrent and criminal, and that the police should be given more support".

In like vein he continues, telling us that, "there was also something very phony and hypocritical about all the shock and outrage expressed in parliament. MPs spoke about the week's dreadful events as if they were nothing to do with them".

"I cannot accept that this is the case", he says. "Indeed, I believe that the criminality in our streets cannot be dissociated from the moral disintegration in the highest ranks of modern British society. The last two decades have seen a terrifying decline in standards among the British governing elite. It has become acceptable for our politicians to lie and to cheat. An almost universal culture of selfishness and greed has grown up".

We, of course, got there first, and have been saying as much for days - and, frankly, much better. But, if the great Peter Oborne says it, it really must be true – who are we lowly bloggers to complain? And that said, you can't really fault the tone of the message.

The double standards from Downing Street, adds Oborne, "are symptomatic of widespread double standards at the very top of our society". While the so-called feral youth seem oblivious to decency and morality, "so are the venal rich and powerful – too many of our bankers, footballers, wealthy businessmen and politicians".

Thus does the Great Man conclude: "It is not just its damaged youth, but Britain itself that needs a moral reformation". Nevertheless, as long as we have ruling classes that don't look in mirrors and have no self-awareness, this isn't going to happen. These are the people who think everybody's shit stinks, except their own. "Phony and hypocritical" they most certainly are, and their stench gets stronger every day.

But they can be so brave and so righteous because they are beating up on the children. And you can be soooooo brave doing that when you have your concrete barriers, your armoured limousines and your machine-gun toting guards. By evading their own responsibilities, though, they are turning the last few days into a rehearsal.

To get rid of the stench, us lowly mortals are going to want their own independence day. Despite lacking the sheer brilliance, the élan and the perspicacity of the Great and Wondrous Oborne, we will be doing it properly next time. And the grown-ups won't be such a push-over for the plump old Etonian.