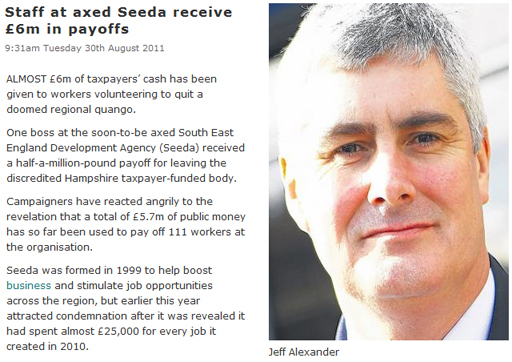 Mostly, the lower orders do not read the newspapers (an increasingly rare occupation in any event), and they do not watch the news on the telly. Nevertheless, by a mysterious process of osmosis, this sort of information does filter down. And when it gets into the general consciousness that we are being ripped off, the fabric of society begins to unravel.

Basically, we accept government and pay our taxes on the understanding that, despite its very obvious faults, the system is basically fair. This, if you like, is the "social contract" which underwrites our nation. But when you start getting so many examples of how the white-collar looting classes are ripping us off, the consent element of government is eroded.

All that is then left is government by coercion – the increasing use of threats, penalties and force, until there is no difference between this and any other violent dictatorship. That is our direction of travel. This wholesale looting is not without consequences, and the government ignores that at its peril.