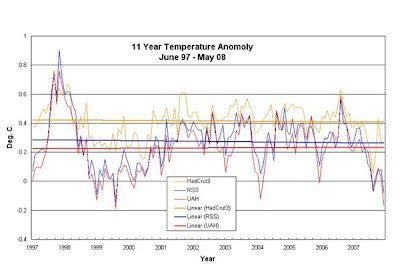 We have had no warming for eleven years, the current global temperature is the lowest it has been since 1999 and snow is lingering on the North American continent for longer than in living memory. We have serious papers suggesting a very real possibility of global cooling and sunspots have all but disappeared.

So, what do The Daily Telegraph hacks do? 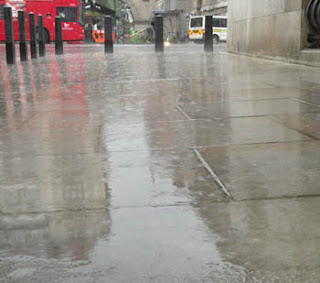 Well, under the heading, "European monsoon brings summer deluge", Nick Allen and Laura Clout (she of little) write a turgid piece about the wet British summer. They tell us that, "according to climatologists the seasonal rains are brought by winds rolling off the Atlantic which drive depressions east across the UK and into the continent."

This phenomenon, we are gravely informed, "happens to varying degrees in about seven out of 10 years and can be influenced by atmospheric changes elsewhere in the world." Factors include the shifting of the sub-tropical jet-stream from south of the Himalayas to north of the Tibetan plateau, early warming of the north Pacific Ocean and the disappearance of snow and ice from northern Canada.

Thus, we get this priceless offering: "Climatologists believe the European monsoon may become an increasingly noticeable summer event in future years because of global warming."

And they wonder why we don't take these blathering fools seriously?