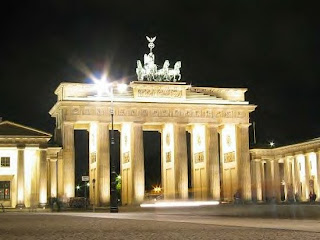 Long time readers of this blog may recall that I am not greatly enamoured of the “big lie” theory that Goebbels was supposed to have espoused. It is a sequence of small lies, I once wrote, that does the trick. Just look at that genius of propaganda, Willi Münzenberg. Nobody believes anything Goebbels said and not many people believed it even at the time but millions of people around the world repeat stories first started by Herr (or, as he was at the time, Genosse) Münzenberg without even realizing where they originated.

One of the small lies that is frequently repeated in the MSM and is believed by an astonishing number of people is that the United States has such an enormous influence in the world that justice demands that “we” should have a say in whom Americans elect to be President. Even Simon Heffer succumbed to that particular virus.

To which one can say only one thing: who is this “we”? We, the people of European countries, do not have a say in the selection of our real government. Nor do we have a say in whether to have a completely new constitutional arrangement, to wit the Constitutional Reform Lisbon Treaty imposed on us. When the people of one European country are graciously allowed to vote on the subject and say no, plans are made to disregard their vote. So, before we claim a right to impose our views on the Americans on who should be their President perhaps we should take a closer look at what is happening in our own countries.

Furthermore, is it not strange that “our” opinion always seems to be on the side of the Democrats and the more left-wing and anti-American their rhetoric is, the more “we” seem to like them? Could it be because we are fed a succession of … ahem … inaccurate stories about American politics by our own media and various political pundits? Or could it be that "we" are only a very small proportion of the population?

The latest darling of all those who think they should be involved in American presidential elections is, naturally enough, Barack Obama, who is coming on a whirlwind tour of some European countries, just as soon as he finds out where they are, in order to bolster his credentials as a man who actually knows something about foreign policy.

The Daily Telegraph, which has set itself up to be a cheer-leader for the Democrats, has published two articles on the subject with many more to come, we can be sure. One tells us that Barack Obama will tell Gordon Brown that under his presidency Britain will no longer be America’s “poodle”. In fact, the headline tells us that he will “end Britain’s poodle status”. Is that now a recognized term in international relations?

Equally, there is, one assumes, no point in reminding him that far from considering Britain to be a “poodle” Congress saw her as an equal ally and offered a free-trade status. Prime Minister Blair then had to refuse it rather sheepishly because Britain no longer has the right to negotiate her own trade agreements. One wonders whether Mr Spillius actually knows this unimportant little fact.

Of course, facts must not be allowed to get in the way of a the “narrative” as presented by our hacks. Just let’s all pull together and get Obama in and all our problems, such as British mishandling of matters in Basra, as documented by us in this blog in great detail, will be solved. Oh woops, we cannot vote in the American election. That’s so unfair.

Then there is the story of Barack Obama intending to speak by the Brandenburg Gate, a wonderful backdrop to him, as someone from his campaign gushed. Harry de Quetteville explains

The Democratic candidate, who enjoys a 61 percentage point lead over Republican John McCain among Germans in a recent Daily Telegraph poll, has set his sights on a symbolic gathering in Berlin.

Here we go again. How can a man enjoy a 61 percentage lead in a country where where he has never been and where he is not standing for political office? I may add that his lead over John McCain in the country where it matters, the United States, is considerably smaller than that. In some parts of the country it is non-existent.

If his popularity in Germany is genuinely that high (do they even know anything about him or about Senator McCain, who has already travelled practically everywhere in the world, especially where there are American troops?) Senator Obama can only hope that this fact will not reach the American electorate. John Kerry’s boasts about his popularity in Europe did him no good at all in 2004.

Let us hope that the speech will be delivered in German as Barack Obama seems to have been complaining about Americans not speaking other languages while Europeans speak English when they visit the United States. (As he has not so far been anywhere else, except at school in Indonesia and, possibly, on a visit to a college friend in Pakistan, he wouldn’t really know how Europeans behave anywhere else. Then again, unlike the Bush brothers, he does not speak anything apart from English either.)

Meanwhile, as the Telegraph article hints, there has been a certain amount of discussion in Germany about Barack Obama speaking at the Brandenburg Gate, an honour that only actual American Presidents have been accorded so far.

Furthermore, even in Germany, despite the apparent support for the junior senator from Illinois, there is a strong feeling that campaigning should be done at home. By all means, visit other countries and speak to various people but an actual campaigning speech in Berlin, at the Brandenburg Gate, may be going just a little too far.

Chancellor Merkel and a number of other politicians seem to feel the awkwardness of the situation. After all, there is still an American Administration in place, and as one member of it said, it might be better to show some friendliness towards that, instead of looking to the possible successor. Furthermore, what if Senator McCain wins in November? How will this unnecessary gesture (after all the Brandenburg Gate is hardly the front line of the fight at the moment) will look to him?

The Social-Democrat Mayor of Berlin and other members of the party are, on the other hand, delighted with the idea. This will, they think somewhat mysteriously, improve German-American relations. Not if there is a Republican Administration next year, it won’t.

The other aspect of it is highlighted in what can be described as a rather cynical article in Der Spiegel: the rather lacklustre German Social-Democrat (and a few other) politicians are hoping that some of Obama’s glamour (somewhat tarnished by now in America) will rub off on them.

Of course, they could conceivably make themselves more popular with the electorate by attempting to solve some domestic problems and, above all, by ensuring that Germany’s own real government becomes accountable to the people of that country. But that would ignore the lies that these same people have been peddling for some time.
Posted by Helen at 15:47