Part of our government 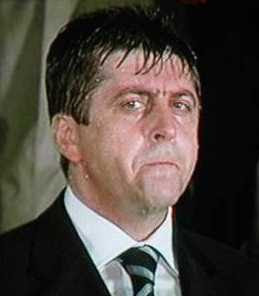 Rejoicing under the title "EU subsidies 'looted' by Bulgarian mafia", Bruno Waterfield is running a story in The Daily Telegraph on the latest instalment in the long-running saga of corruption in Bulgaria.

Bruno has seen a EU commission report which criticises Bulgaria over the administration of EU subsidies that are being looted by officials working hand in hand with the mafia.

In the run-up to becoming an EU member in January 2007, Bulgaria benefited and continues to receive cash worth £1.7 billion from European programmes – known as PHARE, SAPARD and ISPA - which are designed to help Sofia manage future Brussels funding, not including farm payments, worth £5.5 billion over the next five years.

In rather anodyne terms, the commission report states that, "Bulgaria is experiencing difficulties in many of these programmes and has to demonstrate that sound financial management structures are in place and operating effectively." The truth, however, as The Telegraph rightly asserts, is that there has been wholesale looting of EU funds. And, as a result, funding worth up to £475 million will be withheld from Bulgaria.

Bruno gives more details in his blog but, according to the Sophia Echo he and the rest of the "international media" have rather missed a trick.

Little attention, says this paper, has been paid to an EU Anti-Fraud Office (OLAF) report, leaked to Bulgarian media on 16 July, which indicates that the corruption goes right to the top of the Bulgarian political establishment, involving close associates of the president, Georgi Purvanov (pictured).

Amusingly, it also notes that one of the few international media organs to have picked this up is the Chinese news agency Xinhuanet. How appropriate that the state-controlled organ of a corrupt, totalitarian regime should publish these details, leaving the free press of Western democracies trailing in its wake.

The Sophia Echo covers this "leak" itself, with the following narrative:

"This criminal company network is managed and/or financed by two Bulgarian individuals, Mario Nikolov and Lyudmil Stoikov, who are said to have close links to the current Bulgarian government," the report says.

"One of the individuals allegedly financed the election campaign of the current Bulgarian president and is the business partner of the former deputy foreign minister, who, according to information available, attempted to influence an ongoing investigation into that individual," according to the report.

To British readers, the personalities are almost completely unknown but, courtesy of the wonders of the European Union, this is not "a quarrel in a far away country between people of whom we know nothing". As we have remarked before, the Bulgarian president, through the European Council, is part of our government, and his ministers take an active role in formulating our laws through the Council of Ministers.

As always, it is so comforting to know that we are in such good hands.