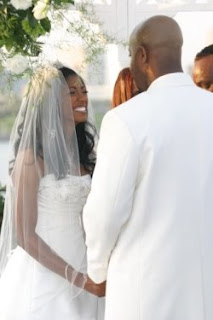 Far too little attention was given to the Metock case last week, when the ECJ ruled that failed asylum seekers could stay in the EU if they married a citizen of an EU member state while they were waiting to be deported.

The one thing that the ECJ did concede, however, was that, if it was a "sham" marriage, the right to remain in the EU did not apply – but no more.

In a judgement yesterday our own Law Lords decided that the government cannot even ask such people to demonstrate that their marriages are valid. Such an idea is "arbitrary and unjust" - even for those who are here on a temporary visa and are getting married only weeks before their permission to stay in Britain runs out.

This follows a crackdown introduced by the government in February 2005 after the number of suspected sham ceremonies - often arranged by criminal gangs who could earn £10,000 a time - reached 3,700. It was cut this to around 300 a year.

But now, the Lords have ruled that the government's procedures breach of Section 12 of the European Convention on Human Rights - the right to marry. In future, the Home Office will be forced to consider the merits of a union being made even at the very last moment before a migrant is due to leave the UK.

In our earlier piece, we wrote that we were being taken for mugs and this confirms it. In fact, this is a negation of any idea of territorial integrity as, increasingly, we are forced into opening our border to any Tom Dick or Hacene that thinks he – or she – wants to take up residence here. It is the final insult (until the next one).