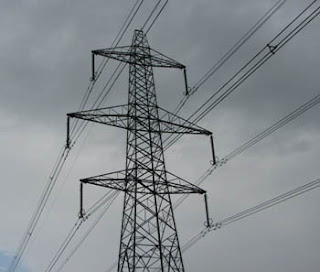 The importance of yesterday's story on renewable energy in the The Guardian can hardly be over-estimated.

For many month now, we have been banging on about the government's obsession with wind farms and its neglect of conventional power generation but, if this story is to be taken at face value, Brown has now taken a major step in ditching the whole wind policy.

The essence of The Guardian's story is that the UK is attempting to block proposed EU legislation that will cast in stone at a European level a requirement to give renewable electricity sources absolute priority to the national grid.

This is part of the proposed renewables directive which states that: "Member states shall also provide for priority access to the grid system of electricity produced from renewable energy sources", with Britain intervening to change "shall" to "may".

It is that "shall" which drives the whole of the wind industry for, under this legislation, once a wind farm is connected to the system, the National Grid would have no choice but to accept any amount of power produced, shedding load from any non-renewable generators to accommodate it.

At the moment, this is already a UK requirement, facilitated by the ROC system which penalises generators for not delivering its quota of renewable energy, but the EU legislation would lock this in stone.

The problem is – as Denmark and other big "wind" producers have found - is that the variability of wind power, and the fact that grid systems are not designed to accept multiple small packages of power from diffuse sources, risks destablising the grid. Thus, forcing the system to take this power – especially as the amount of renewables increases – will create serious technical problems.

This, it is quite sensible to remove any obligation to take power from wind generators but, without that guarantee of buying anything they produce, many wind farms would not only be uneconomic but also unprofitable. At one fell swoop, changing that single word could bring the "wind rush" skidding to a halt.

And neither is this the full extent of the government's row back. The proposed directive also insists that wind developments immediate access to the grid, something which, without an investment in the order of £10bn, is not technically feasible. Thus, or so we are told, 9.3GW of wind power projects are currently on hold, waiting for word as to whether they can be connected. Some completed wind farms across Scotland are standing idle.

With the proposed directive forcing this issue – if it ever came into force in its current form - the UK government is working to "clarify this obligation", officialese for junking it.

Claude Turmes, a Luxembourg MEP and architect of the directive, has got the UK government sussed: "This," he says, "would take us backwards and would weaken the possibilities of connecting renewable energy to the grid. A government that says it wants to promote renewables cannot go for other policies behind the scenes."

We have, therefore, something of an enigma. Up front, the government is making a big deal of its renewables policy, with a "commitment" to meet its EU targets by 2020, yet, on the other hand, it seems to be doing its level best to ensure that that target cannot be met.

John Sauven, of Greenpeace, puts this down to "Brown's ideological obsession with atomic power," but then he would. More likely, it is motivated by the realisation that the national grid simply cannot accommodate the amount of wind power being proposed. Thus, Brown is trying to run with the hare and the hounds – putting up a public face of promoting renewables while actually preventing their development.

He must calculate that he can keep the charade going for two years, until the Conservatives are elected, when it will become Mr Cameron's problem, allowing the new Labour opposition to sit on the margins and jeer at his failure.

For us mere mortals, however, stemming the "wind rush" is probably good news and, in due course, we may have the added bonus of enjoying Mr Cameron's discomfort as he tries to come to grips with yet another failed policy - one which, in opposition, he has fully supported.