Priced out of the market? 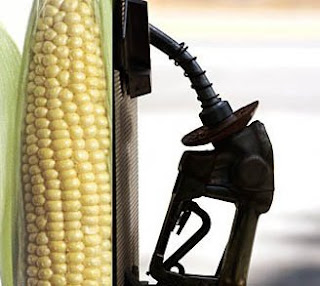 Although biofuels have recently taken the blame for some of the increase in global food prices, there is emerging something of an irony – that the higher price of corn is threatening to slow down the production of ethanol.

Early last year, ethanol plants were making as much as 53 cents per gallon profit but, currently, after a year of losses – sometimes reaching 22 cents a gallon - net returns range from 8-16 cents per gallon.

Ostensibly, with the increase in crude prices, causing gasoline and ethanol prices to rise, the profitability should be good. Unfortunately, the corn feedstock price has risen even more on a percentage basis.

Some smaller plants, plus a few larger plants that were having trouble with financing arrangements, have already shut down. Some 16 ethanol plants either were in bankruptcy or are preparing to file for bankruptcy. Many small and medium sized plants are expected to be mothballed until profit margins improve. Many of the larger plants are working at less than full capacity.

Adding to the woes is the high price of diesel, making hauling grain long distances prohibitively expensive, while grain drying is also adding to the costs of some farmers.

In 2008, therefore, US ethanol production will probably not reach its government mandated target of 9 billion gallons. Production overall will not increase much if at all this year. As a result, commentators expect some farmers to cut back acreage under production next season.

This is an odd situation. One would expect higher the higher prices of gasoline to drive ethanol production, and for farmers to be getting rich on the proceeds, but this isn't happening. In this game, as elsewhere, input costs are the decisive factor.