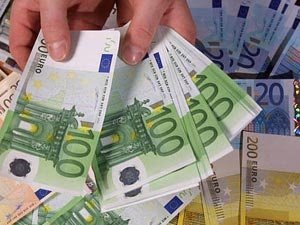 And now for the good.

Across the Channel it suddenly looks as if the eurozone might beat us to it.

That is, at least, according to The Guardian, which has Ashley Seager telling us that the news from the single currency bloc is bad and the prospects look even worse.

The data flow last week from the 15-member bloc, Seager writes, was simply awful and will undermine the argument that while the UK's housing market, construction industry, banking sector and just about every other part of the economy are slowing rapidly, we could export our way out of trouble. Since we do half our trade with the rest of western Europe, that idea is looking increasingly shaky.

Er … perhaps it's not such good news after all, except that if the result is a collapse of the euro, it would be worth the pain.