End of an era? 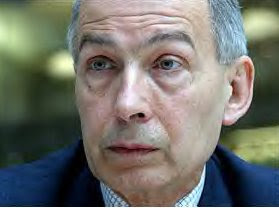 Standpoint, the new rightish-wing magazine, of whose launch I wrote a little while ago, has its second issue out and full of interesting stuff it is, too. The article most relevant to this blog, much as I would like to discuss Julie Burchill's imprecations against women journalists who become misery tourists when they get to the sea, sand and tall Muslim men, is Frank Field's column.

We can but applaud his first statement though I rather suspect that a number of eurosceptics have a weird hankering for the full disastrous system that Attlee's government built.

There is a palpable sense that British politics is at the end of an era which began with Attlee’s victory in 1945. The post-war consensus was only partially dismantled by Mrs Thatcher. New Labour, by embracing the market, tested to destruction the old Labour shibboleth that high public expenditure was the gateway to greater equality.

The Attlee revolution entailed not simply nationalising the commanding heights of the economy but, much more sinisterly, the Government brought most of civil society – apart from the trade unions - under the whip of central government control. Thatcher’s revolution denationalised the industrial sector, blew up the City’s restrictive practices and handed power back to individual trade unionists. What the Thatcherites left untouched was central government’s iron fist, which still controls how most of the 42 per cent of national income is spent.

This reminds me of a conversation I had with some unfortunate member of the Conservative Party in which he yet again bemoaned the fact that Frank Field would not cross the floor and join the Conservative Party. "Maybe that's because he does not believe in socialism," - I said perhaps more tartly than was necessary.

Mr Field himself is rarely lost for tart words himself. Who among us would not smile at the second sentence in this paragraph?

One effective way for Gordon Brown to revive his government would be to establish pilots so that these six proposals become stepping stones to his 2010 manifesto. Alternatively, David Cameron might nail his colours to the mast, rather than the fence.

Mr Field then proceeds to make six proposals himself. Some of them we can agree with, others seem more dubious. Most certainly greater control of the education system by parents is an excellent idea.

However, it is the last one that makes one stop in one's tracks:

Sixth, initiating a democratic blood transfusion. Democracy is at the heart of British society, but it is in urgent need of medical attention. Only 22 per cent of the electorate elected the current Government. Power needs to be moved back from the parties to the voters by instigating open primary elections in safe seats. Similarly, given the failure of the police to respond to public concerns, chief superintendents, who decide day to day policing strategy, should become electable. While such a strategy will not make good the obvious shortfall we have in policing manpower, it would ensure that existing resources were deployed most effectively. The local electorate would set the targets by which the chief superintendents would be judged.

Indeed. But why stop at the police? Why not have local councils raise their own income through whatever means they see fit and stand in elections on that?

Above all, why not look at the two Houses of Parliament? How about a democratic blood transfusion there? Here is a really interesting idea, Mr Field: how about restoring legislative powers to our own Parliament? Moving on from there, how about MPs abandoning those powers they have arrogated themselves over local government, organizations that should be allowed to run themselves and individuals? You never know, people might start turning out for elections and, even, start acquiring some minimal respect for politicians.
Posted by Helen at 14:31