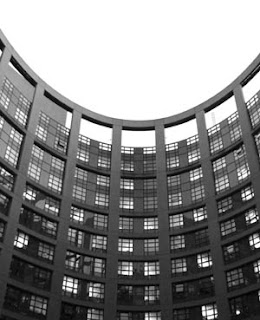 Flagged up in late May and again in early June, it has come to pass that the EU parliament has voted to change its rules on group membership.

The MEPs have raised the minimum number of members needed to form a political group from 20 members representing six different countries, to at least 25 representing seven. The move was approved by 481 to 203 against, with 26 abstaining from the vote. We understand this will apply from 2010, when the new parliament session starts.

The change represents a substantial watering down of the original proposal, which was to require a threshold of 30 MEPs from a quarter of the EU's member states before a group could be formed.

Currently, there are seven political groups at the parliament and 30 unattached members. The new rules would only affect two group: the eurosceptic Independence/Democracy group, which currently has only 22 MEPS from nine countries; and the Union for Europe of Nations group, which has 43 MEPs from six countries.

However, raising the hurdle will undoubtedly make it much more difficult for the Tory MEPs to fulfil David Cameron's promise to break away from the EPP and form a new group. Numbers will not be a problem, but getting seven countries (including their own) may be problematical.

If the Tories ever do make it, one suspects the "colleagues" will be back. The 25/7 rule can only be an interim step. Soon enough, they will be raising the barrier even higher.

Once the constitutional Lisbon treaty is in force, the number of MEPs will be 751 from 27 countries. One wonders how long it will take for the group membership requirement to be raised to 751 members, at last formalising the effective status of a one-party state.

Daniel Hannan, as you might expect, is not very happy.