The wrong things for the right reasons 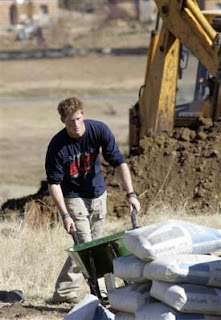 Following our broadside against the EU commission's proposals to siphon off €1 billion from the agricultural fund to "help tackle the food crisis in Africa", other critical voices are joining in.

One such is economics professor Richard Mshomba, a Tanzanian now working at La Salle University in the United States.

Mshomba notes that EU subsidies are largely responsible for many of the problems faced by agriculture in Africa and as such it is a little ironic to suggest using an unused portion of those subsidies in an attempt to help.

Commenting on agriculture commissioner Mariann Fischer Boel's intention to "inject money to buy seed and fertilisers", Mshomba doubts the money will be used this way, arguing it will more likely be used to subsidise food for consumers in Africa.

On this, his scepticism seems to match our own, when he says, "The EU and other rich countries sometimes, and I emphasis sometimes, do things like this only to appear as though they are doing something."

His sentiments were echoed by the head of the UN's Food and Agricultural Organisation, (FAO) Jacques Diouf:

We have to increase production in countries with low incomes by investing appropriately to enable them to control production and crucially we must come to a much fairer international trade system to allow poor countries to boost exports.

The crucial issues here, of course, are the control of production and boosting exports – the two going together. Unrestrained increases in production, without an outlet for surpluses produced, is a recipe for continued poverty, something which the aid community and the commentariat seem to have extraordinary difficulty understanding.

A classic example of that comes on the BBC website, with an authored piece by Paul Moss on rural development in Zambia, abridged from a long feature broadcast on BBC Radio 4's World Tonight yesterday.

The focus of the internet piece is entirely on improving production yet, in the broadcast version, Moss interviewed at length a local expert, who spoke intelligently about the importance of "market access" and the vital need for new and better roads. That segment, however, is completely missing from the online abstract.

The need for roads as a mechanism for improving market access is very much the drum we have been beating in my analysis of Afghanistan but, if Moss even heard what his own interviewee was saying, clearly it did not penetrate sufficiently for him to be able to understand it.

The problem, though, is even more profound than Moss indicates. In his book, "The Bottom Billion: Why the poorest countries are failing and what can be done about it", Paul Collier notes that infrastructure projects seem to have fallen out of favour with the aid agencies and donor nations, which prefer photogenic "feel good" projects such as building schools and health clinics.

Inasmuch as the NGOs are hugely reliant on an inflow of cash from the ever-gullible public, and the politicians who echo their sentiments, these types of projects are much more likely to invoke the "aaaahhh" factor which keeps the funds flowing. Building a network of roads to enable farmers to earn higher (or any) profits from the sale of their produce does not have the same caché – or revenue-earning potential for the NGOs.

We saw some of this recently in a highly publicised outing by Prince Harry in Lesotho where he and "26 chums from his Household Cavalry regiment" are devoting three weeks to building a school for orphan children.

Somehow, Harry as part of a road gang would not have had the same draw yet, had he really wanted to contribute to the long-term prosperity of this nation (from which sustainable funds would come available to promote social and welfare projects), he would have spent his time building a road.

All of this points to the single, unarguable fact that the problems in the underdeveloped world – which so often visit themselves on our shores – are not insoluble. But, as long as the aid and support "industry", including the EU, continue to do the wrong things, often for the right reasons, the situation will continue to deteriorate – in proportion only to the number of sound bites garnered by the "bleeding heart" community who soooooo much want to help the suffering blacks.