Reactions to the Colombian rescue 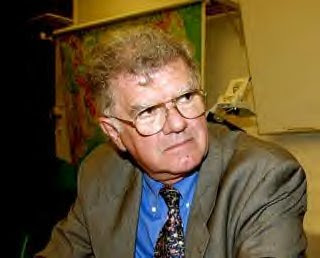 We have written before about the Colombian rescue of the 15 hostages and some of the interesting aspects of it, to do with the French government and our old friends the NGOs. Here is an interesting update from Soeren Kern on Pajamas Media.

It seems that a number of “highly regarded” European media outlets have been suggesting on the basis of “reliable” but unnamed sources that the whole operation was a front and that the hostages, in actual fact, were ransomed by the Colombian government. A little like all those European hostages in Iraq and other places who had been ransomed by their governments, as the author lists at the end of the article.

Well, it is not impossible, but innuendo and sources which are unnamed proves very little. Who are these sources, by the way?

Frederich Blassel, a journalist with the Lausanne-based broadcaster, told Colombia’s Radio W that the unidentified source was “close to the events, reliable and tested many times in recent years.” Colombian officials believe the source was Geneva-based Swiss diplomat Jean-Pierre Gontard, who had represented Switzerland in recent efforts to broker a peace deal with the FARC. The Colombian government suspects that Gontard, who by day was acting as an impartial mediator, worked by night as a cash courier for the FARC.

Colombian Defense Minister Juan Manuel Santos told the Bogotá-based El Tiempo newspaper that computer files name Gontard as the courier of the $500,000 in illicit monies that were seized from a FARC safe house in San José, the Costa Rican capital, by Costa Rican police at the request of the Colombian government. “This Mr. Gontard is going to have to explain why his name appears in email messages of [the now dead FARC commander] Raúl Reyes as transporter” of the $500,000, Santos said.

Some analysts believe that Gontard planted the conspiracy theory out of pique that the military operation to free the hostages upstaged his diplomatic efforts and effectively left him without a job. Gontard denies the accusations.

One can argue about the definition of reliability but somehow I do not think M Gontard [pictured above] would fulfil many of the criteria.
Posted by Helen at 22:00