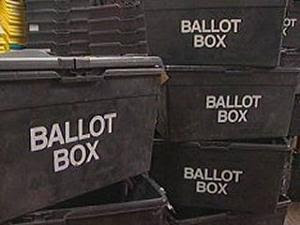 "No-one can possibly underestimate the scale of the disaster which hit Gordon Brown and the Labour Party in the Glasgow East constituency in the early hours of this morning," writes Angus Macleod, Scottish political editor for The Times.

He is one of the many journos hyper-ventilating over the result, declared long after most sensible people had gone to bed. This had the SNP overturn Labour's 13,507 majority to bring in the hitherto unknown John Mason into prominence as the victor.

He, if he excels in nothing else, certainly has a good line in hyperbole, declaring: "This SNP victory is not just a political earthquake, it is off the Richter scale. It is an epic win, and the tremors are being felt all the way to Downing Street."

In the round, however, this does nothing more than confirm that which we already knew – that the political tide has turned and, short of an electoral miracle, in 2010 we will see the Labour government turfed out of office, to be replaced with an equally lacklustre administration which, by all accounts, will continue as before.

If you want a real "political earthquake", however, look not to Glasgow East but to Geneva, where it appears, the latest talks in the Doha round of WTO negotiations are going belly-up.

Ignored entirely by the political chatterati with news confined to the inner reaches of the business pages of the few newspapers that can be bothered to report it, the talks reached an impasse yesterday over disagreements between the EU and the major, non-aligned trading nations over the degree to which developing countries should open up their markets to industrial goods, against a commitment from the EU to reduce its subsidies and tariffs on agricultural produce.

Since the need for third world countries to have access to the richer, developed world markets is absolutely essential to their future prosperity and thence political stability, a failure of these talks will have profound and long-term implications. These will become apparent in diverse ways for decades to come, many of which will over term be the stuff of front-page headlines.