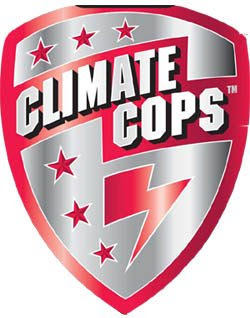 Over 200 blogs have picked up on the "Climate Cops" – mostly American, but including blogs from Canada, Australia, Holland, Spain and Germany. Unsurprisingly, we find only a smattering of British blogs - although Devil's Kitchen has done us proud.

One of the German sites has dubbed the planet savers as Kinder cops. Another labels them Green shirts while yet another awards them the title of Climate Jugend.

However, it seems someone got there before npower. Apparently, in 2007, a former UN Undersecretary General was calling on Canada to spearhead a drive to establish a permanent World Climate Commission with authority to act as the planet's climate cops.

He didn't get as far as suggesting a UN Climate-Keeping Force but, when it comes, I suppose they will be wearing green helmets.