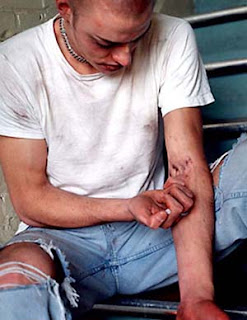 Playing big in the news today is the report from the UK Drug Policy Commission (UKDPC) that drug seizures by the police have little impact on Britain's (illegal) drug market.

In a market estimated to be worth some £5.3 billion, expenditure of £380 million on reducing the supply of drugs in 2005/6 had no measurable effect, despite seizures of Class A drugs having more than doubled between 1996 and 2005.

One author of the report, Tim McSweeney, noted, "We were struck by how little evidence there is to show that the hundreds of millions of pounds spent on UK enforcement each year has made a sustainable impact and represents value for money."

The report, necessarily, deals with only the UK enforcement perspective but, in so doing, is wholly one-dimensional. The so-called "end of pipe" solutions are only one tiny part of the bigger picture, an essential part of which is measures to reduce the quantities of illegal drugs produced.

It is here, in fact, that the failures are even greater. Respectively, the two major locations for heroin and cocaine are Afghanistan and Colombia and, in both those countries, production has increased. And, as we have pointed out, a significant part of the problem in Afghanistan and Colombia is the failure of developed nations to open up their markets to legitimate agricultural produce from these countries.

Essentially, we are faced with a choice – either take their farm goods or we get their illegal drugs. And that was where the Doha round was supposed to come in – precisely to open our markets to third world trade. The failure of the talks will have a direct impact on the quantities of illegal drugs that are flooding into this country.

Yet, in our piece earlier today, we noted that very few people – particularly amongst our political classes - "will link events to come with the failure". This report today is a classic example of that fatal disconnect. Much will now be heard of the "caring" agenda, trying to deal with the social and personal consequences of our drug epidemic, but when it comes to addressing the root causes, comment there will be none.

Nor will you hear widely - or at all in the MSM - the view expressed that, by handing over our trade policy to the EU, we have also handed over our capabilities to take unliateral measures which could - and most certainly would - have a real impact on the illegal drugs trade.

Such linkage is far to complicated for our media, politicians, social commentators and the massive counter-narcotics industry. All of these will remain in their one-dimensional rut, unable to see the connection between the lack of free trade and people dying in our cities through drug overdoses.

And so does our society decline, without us even beginning to understand the causes and thus failing entirely to address the issues, but nevertheless spending hundreds of millions in getting nowhere.