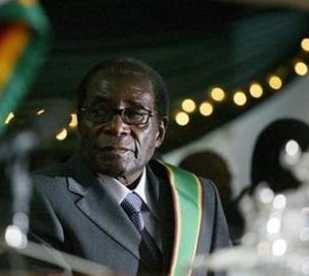 Thwarted in his attempt to impose additional sanctions on Zimbabwe via the UN, Gordon Brown is left with nothing else in his locker, other than to go grovelling to his EU "colleagues" to ask them, ever so nicely, if they can help.

That, at least, is the sub-text of the report in The Times today, which has our prime minister turning to the EU, "pressing European leaders for new sanctions against President Mugabe."

He was speaking at Sarkozy's 43-nation extravaganza in Paris, launching his idea of a union between Europe and the Mediterranean nations of Africa and the Middle East – the so-called "Mediterranean Union" – where Zimbabwe was not even on the agenda. Brown was thus left to raise it on the margins, begging for attention from Mr Sarkozy, Barroso "and several other EU leaders".

Brown decision to switch his priority to "Europe" is a desperate last bid to be seen to be doing something, as the EU has supposedly already imposed EU travel and financial sanctions on 131 individuals connected to Mugabe's regime, under measures drafted in 2002. And we all saw how well those worked last June in Rome.

So, a British prime minister of a nation which formerly led an empire on which the sun never set is reduced to pleading with his "colleagues" to add the names of another 36 people to the EU's list. And - joy! joy! – we are told that Sarkozy "is sympathetic to Britain's case" and will kindly ensure that Zimbabwe is on the agenda at the next EU foreign ministers' meeting. 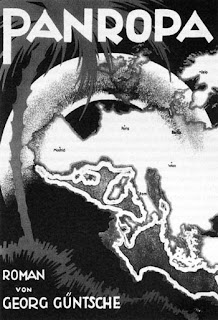 Meanwhile, Sarkozy's real interest is in his Mediterranean Union, which The Times tells us is "in effect" a recasting of the EU's 12-year-old engagement with the southern and eastern Mediterranean. The old process, it says, foundered over the Middle East conflict and old rivalries between the southern states.

Actually, as always, the paper does not know its history. The idea of a Mediterranean Union goes way back, to at least the 1930s, if not before – an integral part of the grandiose thinking at the time, around the concept of what was known as Panropa.

There was even a book published at the time by Georg Güntsche, who suggested damming the Mediterranean and lowering the level of the sea, linking the Africa and Europe more closely and, with the extra land, "relieving the pressures of overpopulation". Where else have we heard this?

Anyhow, Sarkozy's idea is very old indeed, part of the continuum which binds pre- and post-war thinking that has driven the EU agenda ever since the "project" started. And, with France having a long history of meddling in the Middle East, there is nothing new here either – simply the same old agenda.

What a contrast this makes, though – France using the EU presidency quite transparently to pursue its own interests, while Britain grovels on the sidelines asking for crumbs from the "rich man's table". This is what they must have meant when they said that Britain's membership of the EU increased her influence in the world.
Posted by Richard at 00:27