Shouldn't Brown and Cameron do "foreign"? 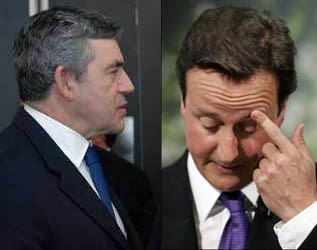 Its one great fault is that it does not seem to want to publish an article I lovingly crafted for it on the subject we have raised once or twice on this blog: neither Prime Minister Brown nor Opposition Leader Cameron do "foreign". In other words, neither of the leading parties has any notion of a foreign policy. I think that is an important problem and I wrote about it. For one reason or another the piece will not be published though there might be a very different article by yours truly some time later in the year.

Meanwhile, waste not want not. Here is the article that did not get into Total Politics on EUReferendum2.
Posted by Helen at 21:44