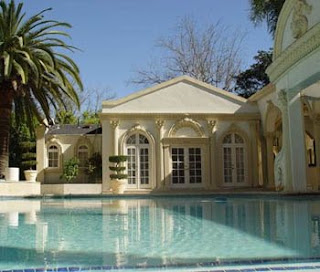 Behind the sad and increasingly embarrassing spectacle of Gordon Brown grovelling to his European "colleagues" in an attempt to gain some traction over the situation in Zimbabwe lies a tale of ineptitude, wishful thinking and strategic blundering.

Whatever we do now, either independently or within the framework of the EU, will have no impact whatsoever until and unless we address the core issues – of which there is no sign of us doing. Furthermore, our inadequacies here reflect the total failure of our overall Africa policy, which means that our continued intervention on this continent will remain wholly counterproductive.

The essence of these bold assertions lies in the growing influence of China on the continent, moving in with hard cash and no strings attached. Progressively, China is offering strictly commercial deals which keep dictators like Robert Mugabe in place and in a position to ignore the "international community".

While we see in Zimbabwe economic collapse, people starving and mass migration, Mugabe seems as powerful as ever, ensconced in his $9 million mansion in Harare (pictured), with no obvious challenge to his rule. And the reason for that is Zimbabwe's huge reserves of platinum ore, valued at $500 billion, the second largest deposits in the world.

In a series of barely reported developments over the years, the Mugabe regime has progressively "nationalised" – i.e., expropriated – these assets, culminating in a deal with then Chinese in 2005 when he sold mining rights to them. The foreign exchange earnings made from this deal have kept the regime alive, allowing Mugabe to buy what he needs, and keeping his supporters financed.

China also keeps Mugabe supplied with weapons to underpin his power base – at enormous expense. In June 2004 alone, Zimbabwe purchased from China 12 FC-1 fighters and 100 military vehicles worth an estimated $240 million. The order actually went above and beyond the $136 million defence budget.

Against the huge wealth from mining revenues, directed straight into Mugabe's coffers, the amount of financial leverage that the UK – with or without the EU – can exert is minuscule. By comparison, EU aid between 2002 and 2007 was worth a modest €107.5 million and in 2008, the "assistance" is expected only to be around €25 million. 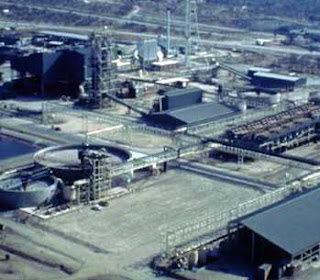 This compares with the recent increase in platinum production, from 90,000 ounces per year to 160,000 ounces annually. Additionally, through a parallel deal with the Chinese, nickel production has increased from 1,540 tons to 2,900 tons annually. As a result, reported in May of this year, mineral exports, with the exception of gold, for the first four months of the current year stood at $302 million.

The trivial amount of money from the EU, far from competing with such largesse, actually serves the Mugabe regime. Directed at "humanitarian relief", it absolves the Zimbabwe government from committing similar funds to support its own people, yet the political leverage afforded to the EU by this aid is nil. Most of the distribution is under government license, and is used by the regime to buy or reward "loyalty". 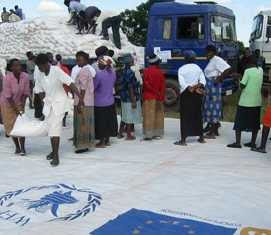 Similarly, the package of €250 million restructuring aid recently offered by Louis Michel, the EU's humanitarian and development commissioner for a post-Mugabe Zimbabwe, is hardly likely to tempt any proto-dictator looking to fill Mugabe's shoes. Dribbled out over a period of years, the annual sums will be a fraction of Zimbabwe's defence budget.

This is not to say, of course, that EU aid – at any level – would have an effect. What it underlines is the complete ineffectiveness of the EU's economic sanctions. As long as China is prepared to bankroll the regime, Mugabe has nothing to fear from the worst that the EU can do.

Furthermore, the intervention of China negates the EU fantasies of using aid as an instrument of "soft power". Hard-edged trade deals are giving China much more influence than anything the EU has to offer and, while the EU concerns itself with the "social agenda" – thereby achieving nothing – the Chinese are in fact investing heavily in Zimbabwe's infrastructure and development. 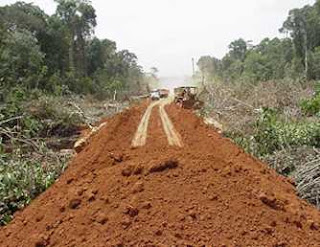 Here, we find China committing to rebuild 2,050 miles of roads in the Democratic Republic of Congo, "left to rot in the rainforest after the Belgian colonialists pulled out 48 years ago and further shattered by seven years of war." This will "triple Congo's current paved road network, and is part of China's largest investment in Africa, a £4.5 billion infrastructure-for-minerals deal signed in January."

Britain, we are told, has increased its aid to Congo sixfold since 2002, and is now one of the country's leading bilateral donors, but analysts in the capital Kinshasa said that "the Europeans are now largely playing catch up to the Chinese, and they are unlikely ever to succeed". "Really to engage with the Chinese you have to move pretty quickly," a senior European diplomat in Kinshasa told The Daily Telegraph.

"They are setting themselves up as being unlike other donors who are seen as too slow and always telling governments what to do, and there is a sense that the Europeans have been caught a little on the hop."

Victor Kasongo, Congo's deputy minister of mines, says: "To be honest, China was Plan B. "We first approached the Europeans but they said they did not have the muscle to do what we needed. "China has stepped into that opening, very quickly."

Once again, the vital role of infrastructure – and in particular roads – comes shining through, with this extract:

More than 1,200 miles to the south, beside a corrugated earth road snaking through dense bush, Mambwe Katenta, 45, watched a mechanic trying to fix his battered Toyota pick-up, broken once again by Congo's atrocious roads. "It is only 30 miles to the city, but we cannot reach there with the things we have to sell: tomatoes, cassava, charcoal," he told The Daily Telegraph.

"The road is too bad, the trucks are too expensive, and we are facing too many difficulties. It has always been this way, but now we hear that the Chinese will come and fix this."

Mr Katenta will not have long to wait. South of his village, on the other side of Congo's mining capital Lubumbashi, the Chinese are on their way.

At the unheard-of speed of half-a-mile a day, crews from the Chinese Railway Engineering Company are rebuilding the key road linking Congo's south to Zambia, the first 60 miles of what will eventually become a 1,000 mile highway to Kisangani, the rainforest capital far to the north on the Congo River. Already, stretches of pristine asphalt have been laid.

"Our former rulers made so many contracts but we never saw the colour of that money, we saw nothing being built," said Moise Kitumba, the newly-elected governor of the Katanga, Congo's richest province. "The Chinese contract is much better because people will see the roads, the railways, the hospitals."

As we continue to fritter away our energies on the wrong things, the Chinese are comprehensively outmanoeuvring us, walking away with the prizes, while we confront the idea of our prime minister and now our foreign secretary pleading to add 36 names to a list of embargoed Zimbabwean officials.

Pathetic doesn't even begin to describe it.
Posted by Richard at 15:15