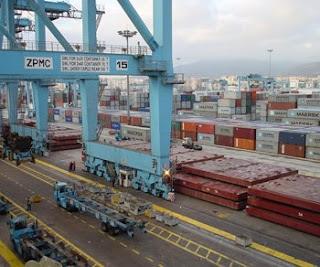 There was once a time when trade issues were a central part of British politics, with the potential to bring down governments and split parties.

It is yet another measure of the deadening effect of our membership of the EU, therefore, that one of the most important political issues of this decade – with massive implications for decades to come – does not even register on the domestic political scene.

We write, of course, of the WTO negotiations in Geneva today on the Doha Development Agenda which are widely considered to be make-or-break, having struggled through tortuous and labyrinthine haggling for nearly seven years.

But, with trade negotiations being an exclusive EU competence, this is not an issue for debate between our political parties and, taking a cue from them, it is attracting distressingly little coverage and comment from our own media, and next to none from our own self-obsessed political blogosphere.

Nevertheless, the issue is covered quite widely in the European press, no more so than in Deutsche Welle which retails the latest pronouncement from EU commission president Barroso, as he calls for the parties to reach a "balanced deal", and warns that emerging economies too had to make a major contribution.

The sub-text here is the EU commission's own attempt to break the deadlock between the developing nations' demand for lower farm subsidies and agricultural tariffs in the developed world. In return, industrialised countries are pressing that developing countries reduce import duties and make their markets more accessible to imported services and manufactured goods.

So far, the talks have been stalled on the extent to which developing countries like Brazil, India and China are prepared to open their markets, combined with a general reluctance of the "big three", the United States, the EU and Japan, to reduce their agricultural subsidies.

The precise details are not for mere mortals but suffice it to say that the pressure is on because, from next January, the United States will have a new administration and a new Congress whose attitudes toward trade liberalisation are "uncertain". If a deal is not struck now, it may be many more years before the parties even get close to an agreement.

On the other hand, there are considerable "noises off" from a protectionist French President Nicolas Sarkozy – with Merkel quietly lending support – over the degree to which the EU is prepared to cut subsidies, hence the recent spat between Sarkozy and Mandelson.

Waiting in the wings are also the Irish farmers who are convinced that the EU is prepared to go further than they would accept, with the WTO talks having featured strongly in the recent Irish referendum. It is probably no surprise, therefore, that Sarkozy has chosen this day for his delayed visit to Ireland.

Interestingly, French trade minister Anne-Marie Idrac is calling for a "new balance", but you can be assured that the French idea of "balance" is a million miles away from that set out by the commission, even if the same word is used. Certainly, the French are wholly opposed to giving away any more concessions to developing countries, and are struggling to maintain the current level of EU agricultural subsidies.

Whatever emerges over the next few days, therefore, will be complex and difficult to assess, with the different parties spinning heavily as they seek to gain maximum advantage for themselves.

Fortunately for our political classes, since we have dumped our trade policy on the EU, our politicians can carry on with their own internal bickering, untroubled by details which, over time, have the potential to change the world. They have been "excused trade".