An outbreak of candour 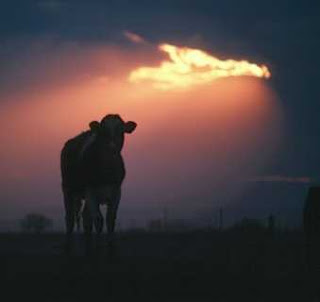 The fragile support for the EU's obsession with the climate change agenda is beginning to look even thinner, with Irish scientists warning their government that the country cannot meet the onerous emissions reduction targets by 2020 set by the EU unless the most "lunatic" draconian measures are implemented.

This is from the Irish Times which has professors Richard Tol and John Fitzgerald of the Economic and Social Research Institute (ESRI) telling the Committee on Climate and Energy Security that a carbon tax would be the cheapest and most effective way of Ireland moving towards the targets.

However, prof Tol then went on to observe that the carbon tax needed to meet the stringent EU target would be equal to a carbon tax of €4,000 per ton of CO2, a level that would add €2-€3 to the price of a litre of petrol. By contrast, the EU commission’s own estimate for the price of carbon in 2020 is only €40 per ton.

Prof Fitzgerald, however, was quick to point out that his institute was not suggesting the imposition of such a tax. It was simply to illustrate the onerous nature of the EU's target. The research carried out by institute indicated that only that level of tax could achieve the change in behaviour of the scale needed to achieve the target.

The Fine Gael committee's chairman, Seán Barrett, responded in the only logical way – not something we see politicians doing very often – by suggesting that the current climate change strategy should be scrapped by the Government, although he then spoiled it all by calling for new ambitious, "reachable" targets for 2050.

The profs, though, had not finished. One of the problems in meeting the standard was the slow turnarounds of capital. New housing insulation regulations would not have an appreciable effect until the decade after 2020; power plants were not replaced for decades and people held on to cars for a decade and longer.

Fitzgerald said that agriculture, which is responsible for 28 percent of emissions mainly through methane produced by livestock, presented a problem. "We are wrestling with it and do not have an answer on this” he said. "If we had to meet the target and it was an absolute imperative, the cheapest thing to do would be to get rid of all our livestock."

"But," he added, "it would be a lunatic thing to do. It would do nothing for the world. They would just be bred in Brazil or elsewhere."

Thus, Tol concluded, "The other sectors need to work harder. If agriculture is off limits and we are not going to [target cattle], then we have to [target] commuters."

We can see how climate change is going to be a real gas for the Irish.