It's all down to those "modalities" 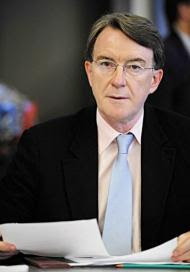 Sigh … the WTO talks win out. This is one area where there is no substitute for real expertise, and the number of people who really understand what is going on you can count on the fingers of one hand.

Yesterday, Mandelson opened the bidding on the part of the EU, offering to reduce its proposed tariffs agricultural products by 60 percent from the 54 percent originally on offer.

This was immediately denounced by Brazil as "gimmickry", with Brazilian foreign minister Celso Amorim telling reporters it was "meaningless". This was confirmed by Mandelson's fellow EU commissioner Mariann Fischer-Boel, who said the offer was "nothing new", while French trade minister Anne-Marie Idrac explained later that the difference between the two figures was whether tropical products were included in the tariff cut calculations or not.

This is the nature of the beast – arcane detail and play on figures and words, that need prolonged analysis before you know where you stand. But the consensus seems to have been that the "technical discussions" have come up with, "nothing more, nothing less," according to Idrac.

Mandelson then pitches in, admitting that the 60 percent proposal was a "reiteration" of the EU's position, the great man offering the explanation to journalists that, "The more we clarify, the clearer it becomes exactly what we are offering in this round."

Today, it has been the American’s turn for grandstanding, with US trade reprentative Susan Schwab offering to reduce its “trade-distorting farm subsidies” to $15 billion a year provided large emerging economies such as Brazil, India and China open their markets further to imports of industrial products.

The proposed cut is $2 billion deeper than the US promised in June last year, but it is currently more than the US actually spends on agricultural support, which bottomed out at about $8 billion last year.

Brazil, which is one of the key developing nations in the talks, was unimpressed by Schwab's offer and said the US had to go further. "It's a nice try but it's still too high," one member of the Brazilian delegation said.

So for the opening sparring, where gesture politics takes the floor, but WTO Director-General, Pascal Lamy – formerly the EU's trade negotiator – chirps that negotiators have "developed a clearer sense of the key issues at the political level that need to be resolved".

They will now turn to the so-called "modalities" - the key percentages for tariff cuts that would form the basis for any comprehensive deal, with Lamy leading the delegates into "detailed text-based work" on both agriculture and industrial goods. Then, and only then, will discussions start on possible solutions to the outstanding issues, with revised proposals released "probably by the end of the week."

You can see why the media largely turns away from reporting these negotiations. Watching paint dry might be more rewarding, except that this is serious stuff.

Taking it very seriously indeed yesterday were Irish farmers, who greeted Sarkozy's arrival in Dublin with a spirited demonstration, as more than 1,200 converged on the government buildings. In honour of their guest, that had decked six tractors in the red and blue of France by way of welcome its president.

On the other hand, bad guy not at the party was our Peter, with the farmers chanting "Mandelson Out" at a fever pitch as Sarkozy's convoy arrived. One man among the protest groups was arrested for throwing two eggs at the cars. And, such is the temperature that farmers' representatives are making it clear to Sarkozy that a "sell-out" of Irish agriculture at the WTO talks would leave most farmers and rural Ireland voting No in any future Lisbon referendum.

This leaves Mandelson in a bit of a mess as he is readily admitting that Europe's farmers will be "major losers" from a new world trade deal. Cutting back tariffs and subsidies will certainly leave them more exposed to world competition and will give Sarkozy plenty of room to make mischief.

Where precisely we go from here, though, is anyone's guess – it all depends on those "modalities" – not something you're going to see on the front pages.