But, if you are guilty … 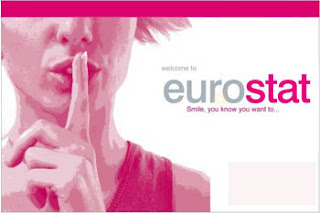 In July 2003 and for a few months, it was big news, a multi-million fraud at the Eurostat agency which was accused of operating with "black accounts", fictitious contracts and possible kick-backs.

As the story developed, investigators were reported as having identified the loss of £3 million in "a vast enterprise of looting" by senior officials in Luxembourg, mostly through inflated contracts with outside firms.

At the centre of this "vast enterprise of looting" were two of Eurostat's top officials Yves Franchet, the French director-general for 16 years, and director Daniel Byk. They were being investigated by the European Anti-Fraud Office (OLAF) for alleged use of a private bank account in Luxembourg to cream off £650,000 of public money. Both denied any wrongdoing.

Now, after a "final report" in October 2003 that accused Eurostat of "failings" but not enough to force any political resignations (something then commission president Romano Prodi had already refused to do), the case has re-emerged.

This time, it has been the subject of a judgement in the ECJ when, this week, the court awarded Mr Franchet and Mr Byk €56,000 for being "confronted with feelings of injustice and frustration" and because they had "suffered damage to their honour and professional reputation …".

The pair had taken the commission to the court, claiming that both OLAF and the commission had breached procedures, and their human rights. The court has agreed, finding that, when it "disclosed various pieces of information in the context of the investigations at issue," the commission had behaved unlawfully, failing to maintain a fair balance between the interests of Mr Franchet and Mr Byk and those of the institution. As a result, "the commission committed sufficiently serious breaches of the principle of presumption of innocence to render the Community liable."

So, if you are accused of committing the heinous crime of "racial discrimination", this same court rules that there is a presumption of guilt but, when you are accused of ripping off the taxpayer, you have the full protection of the law.

In this, the court did not concern itself "whether the facts alleged are proven or not." It was only concerned with the way in which OLAF conducted and concluded their investigation which referred to Franchet and Byk by name. But readers can draw their own conclusions from the award of €56,000 between the pair, when they had originally demanded €1 million. Clearly, the damage to their "honour and professional reputation" had not been that severe.

As, as for that "vast enterprise of looting", not a thing more has been heard about those missing millions. Now, had Eurostat refused to employ Moroccans …