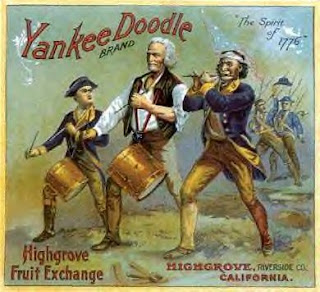 As my colleague explained he and Christopher Booker are on their way to Washington DC to meet and talk with various people there. I happen to know that they will get a chance to discuss the EU as well but it strikes me that asking Americans to solve our problems for us is a little pointless.

The blog will be, as Dr North wrote, continued in his absence, undoubtedly with some additions from him. The US is covered with Wi-Fi and there seems no reason why he should not take advantage of it.

I am, however, well aware that for some of our readers the forum is what matters and they cannot live without it. Therefore, it is incumbent upon me to ensure that there are no withdrawal symptoms.

Of course, there are all the existing threads to which people, I trust, will go on contributing. Hint: now is your chance to get going on the defence threads. North will not be able to smite you for a little while.

Over and above that I propose to have an open thread every day with a very general subject. Such as:

“Mao Tse-tung made the trains run on time. Discuss without any reference to the Great Leap Forward, the Cultural Revolution, the mass executions and deportations or the vast network of labour camps.”

However, my first open thread is very general: anything to do with EUReferendum and subjects it has touched though I’d be interested to see if we can get through at least one day’s postings without recourse to immigration as a topic.

If we can get through two or three days I might find it in me to be so kind as to post an open thread on immigration but I cannot promise anything at this stage.

All praises of Dr Richard North will be graded out of ten and passed on to him with marks and comments by me.

I hope to be able to stay out of the discussion but I shall be monitoring the contributions. Usual rules apply. Comment is free even if it is based on lack of knowledge, as long as it is not libellous, racist, anti-semitic or conspiratorial. If you are a 9/11 truther, believe that the world is run by the Bilderbergers or the Trilateral Commission or that the EU is a Judaeo-Masonic plot there are many other blogs and forums out there for you. Leave this one alone or you will be banned. Those are the rules under which we have always operated and nothing is about to change, not even for this week.

So let’s roll. Let’s hear it from the forum on Saturday.