Looking in the wrong direction (again) 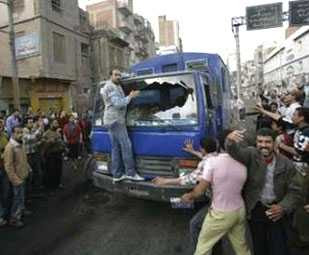 We debated whether to have a go at the RUSI report, as puffed by yesterday by Charles Clover, environment editor of The Daily Telegraph and a few others.

This is the one that says that climate change could cause global conflicts as large as the two World Wars which will last for centuries unless it (climate change) is controlled. Thus does the Royal United Services Institute say that a tenfold increase in research spending, comparable to the amount spent on the Apollo space programme, will be needed if the world is to avoid the worst effects of changing temperatures.

However, other bloggers, like Tim Worstall had done it, and there was not – at first sight – much to add. However, it cannot pass without saying that if this RUSI report represents the height of UK strategic thinking on defence, then we are really in trouble.

The author, Nick Mabey, a former senior member of the Prime Minister's Strategy Unit, is now chief executive of the environmental group E3G and, like many of his ilk, is obsessed with the prospect of global warming – and its effects some time in the distant future.

What is disturbing is that if you accept, like American Thinker, that a period of global cooling is a distinct possibility which, on current data, cannot be ruled out, then there are much more immediate threats.

Basically, there is no dispute that moderate global warming (such as we have been experiencing up to 1998) is broadly beneficial, especially in terms of agricultural production.

Without acknowledging it, the world has been enjoying a "global warming dividend" which is worth perhaps as much as a 10-15 percent increase in crop yield. If we are to suffer a period of cooling, we lose that dividend, just at a time when the global agricultural system is being stretched to meet the various demands of increased prosperity, larger populations, and the need for biofuel production.

One only has to recall recent events in Egypt (pictured), Haiti, Thailand, Indonesia and Bangladesh (and well as China and possibly Tibet), where there has been instability arising from local food shortages and price increases, to appreciate that a run of bad winters causing a downturn in global food production could have very serious consequences.

That is not to posit an Armageddon scenario – a market-driven economy can cope over the medium to long-term by increasing yields, and production is already being dragged upwards by the promise of sustained high prices. But that does leave room for local and regional crises which could have effects far more devastating than the notional adverse effects of global warming.

Any strategic appreciation which completely ignores this possibility, and focuses entirely on global warming, has to be seriously flawed. The whole point of "blue sky thinking" of the type which RUSI claims to offer is that you take into account all the realistically possible scenarios.

With Mr Mabey and his ilk quite possibly looking in completely the wrong direction, there is a danger that, for want of planning and appreciation, manageable situations will spiral out of control and become far more dangerous than they should.

That, in the final analysis, may be the real danger of "global warming" – that it has blinded our thinkers (and politicians) to the more immediate dangers as they hare off after their fantasies of an overheating world.