What do we do about anti-Americanism - open thread for Wednesday 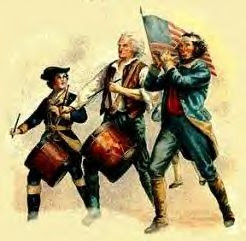 We have written about it on numerous occasions. I mentioned it in my earlier blog in connection with the inaugural Thomas Jefferson lecture. It is one of the great blights on British political life and, indeed, public opinion.

People who will cheerfully imitate American slang, watch American TV programmes, wear jeans, eat McDonald’s and go to the States whenever they can, longing to have the sort of life Americans do, consider every single person in this country to be more intelligent than every single American. There is, of course, no evidence for this.

But you cannot get away from it. Anti-Americanism is a huge problem on the right as well as on the left.

So, forum, let’s roll. Discuss. Reasons, causes, likely effects and what is to be done, to quote a really dreadful Russian novelist. (No, Lenin did not invent the title.)

PS Try not to get hung up on the word Islamist. It is not the issue at hand. Oh, and remember that what Hollywood thinks is typical America is no more typical than Barack Obama’s pronouncements on the people of Pennsylvania.

Email ThisBlogThis!Share to TwitterShare to FacebookShare to Pinterest
Labels: anti-Americanism