Some data on legislation 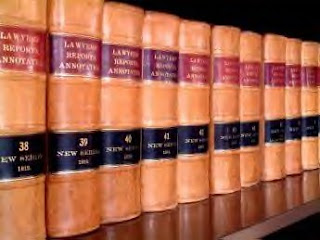 The fortnightly publication, eurofacts, carries an article on the number of laws that originate in Brussels. Unfortunately, there is no link to the article itself, but we can all read the House of Commons research notes from which the figures were taken.

What triggered the eurofacts article was a piece in the monthly magazine Prospect (apparently, some people still read it), which trotted out the well-known line that less than 10 per cent of British legislation originate in Brussels. Actually, even that proportion would be too high, but, in any case, it is completely wrong, as the figures show, for one very good reason. Prospect does not take into account Regulations and Decisions.

This, however, is only a relatively small part of the picture.

One part of said picture that the editors of eurofacts do not mention is that numerous statutory instruments laid under other Acts of Parliament also introduce legislation that originated in Brussels though, as the research paper points out:

Although distinct from UK legislation, EC laws become part of UK law by virtue of the European Communities Act 1972. EC law also takes precedence over existing UK law, which must be amended if it is found to conflict with EC law.

Furthermore, though Regulations are directly applicable, "for practical reasons, uniformity is not always possible without additional implementing measures, particularly in the area of agriculture. Thus, many agricultural regulations are in fact implemented in the UK by Statutory Instrument (S.I.)". These would not necessarily be counted as statutory instruments introduced under the 1972 Act.

I am inclined to agree with Vaughne Miller, the author of the research paper, in that “it is impossible to give an accurate answer to the question of how many laws orginate in Brussels”. Well, maybe not impossible, but very difficult, indeed.

The research paper, or Note, to give it its proper title, is extremely helpful and I recommend it to all our readers or, at least, those of them who are genuinely interested in working out the relationship between EU and British legislation.

It explains the three most important forms of EU legislation, how they are produced within the EU and how they are implemented into British law.

All the figures are of interest, but the last few years especially so, as we have been told repeatedly that the EU now aims to do less and to do it better.

One of the things we must remember is that there is always a time lag between legislation passed in the EU, which in itself is a process that takes many years, disregarding such minor matters as elections, and their appearance in the British parliament or just in British life. By that time it is too late as the legislation is a done deal.

The paper does discuss the question of what proportion of British legislation comes from the EU and comes up with fudged answers, either because they are from departments that do not come under EU competence or come under it only partially or because the civil servants who write those replies play with words.

Further to the Written Answer by Lord Triesman on 14 November (WA 117), why they will not provide a full estimate of the United Kingdom legislation which originated in the European Union since 1998, bearing in mind that the GermanFederal Department of Justice has estimated that 80 per cent. of German laws or regulations were so made over that period.

The response was a masterpiece of obfuscation:

Who calculates what is a significant impact? Read the whole paper. It is very useful and instructive.
Posted by Helen at 23:39