Life as normal in Bulgaria 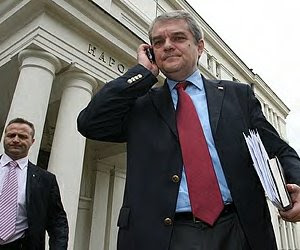 As the Bulgarian government is part of our government, the country being one of the most recent members of the European Union, it is of some interest to us what happens with ministers in that country.

The latest news is that the Minister of Interior, Roumen Petkov has finally resigned, having been accused of corruption and links with organized crime. He explained that his resignation was not an admission of guilt but merely an attempt to allow Bulgaria to move forward, especially as the country and the government are under pressure from the EU, which had taken them in despite warnings about the state of organized crime there, to clean up its act.

It is not so much the existence of organized crime that is the problem – after all, most countries have that – but the links with the authorities and what is laughingly described as forces of law and order.

Last week saw the murder of writer Georgie Stoev, who wrote many books about Bulgaria's mafia bosses. Prosecutors did not believe his allegations, and on Monday he was found shot through the head.

There have been more than 150 gangland killings since 2001. But Bulgaria has failed to convict a single suspect, nor has it charged any official with corruption.

If there was a reason for Mr Petkov to resign, as he added in his statement, it was the fact that he had hired the two police officials who have now been arrested for alleged links with organized crime.

According to the Bulgarian news agency, Novinite, the Deputy Minister of Interior, Kamen Penkov, has also offered to resign, possibly because he, too, was involved in hiring or, perhaps, promoting the two senior police officials.

The coalition government survived a parliamentary no-confidence vote on Friday, though the prime minister vowed after that Cabinet changes would be made.

Bulgaria, which joined the European Union in 2007, could face sanctions if the European Commission's mid-2008 report on the country's progress in fighting corruption and organized crime is negative.

One wonders what those sanctions might be.
Posted by Helen at 01:38