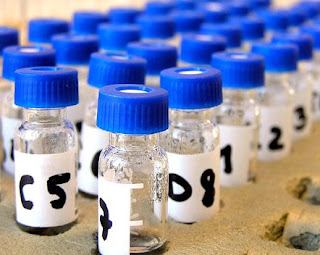 Across a wide range of studies, over a number of years, the evidence of harm caused by the addition of certain artificial colours and other additives to food – particularly in terms of the adverse effect on child behaviour – looks persuasive.

One measured review last year summed up the state of play, with this observation:

Artificial food colourings, in particular, are of no nutritional benefit to children. In fact they are often used to make non-nutritious food more appealing. Given the additional public health problem of childhood obesity, and the ensuing drive to promote "healthy eating", a coherent food policy which considers both the physiological and the potential behavioural impact of removing such foods from young children's diets seems to be likely to do more good than harm.

On the back of a more recent study carried out by Southampton University in 2007, our own regulatory authority, the Food Standards Agency (FSA), is now sufficiently convinced of the potential for harm that it wishes to see a ban on six specific artificial food colourings.

There are no circumstances where such a body should have the power to implement a ban – this is (or should be) for government to propose and for parliament to approve, after weighty consideration of the issues and an opportunity for debate.

However, that is no longer how our system does work. No longer does the British government or parliament have any jurisdiction in the matter, as the power rests entirely in the hands of the EU commission, which alone can decide whether there should be a ban. And, as we saw last month, our masters have considered the proposition and rejected calls for a ban.

This, as the BBC reports, leaves our FSA impotently to ask our provincial ministers to plead with UK food manufacturers to consider a voluntary ban, a measure that could in any event only apply to UK manufacturers. No measure could be taken to prevent manufacturers in other member states from exporting products using these additives into this country.

The best we can get out of the European Food Safety Agency is that the "effects of the food colourings on children's behaviour were small but, as the there were no nutritional benefits from the additives, there would be no cost or risk to the child in removing them from the diet." This allows us to call for voluntary action by our own industry, but nothing more.

In the fullness of time, our ministers may – or may not – be able to convince their colleagues in the other member states to ask the EU commission if it would mind awfully producing a proposal to ban the additives, but even with the best will in the world, the process would take many years.

In the meantime, our government is impotent, and parliament is totally excluded from the process – it has neither locus nor authority. It, like the rest of us – if it is so minded – can simply complain.

And there lie the limits of power. It may be a small issue in the grander scheme of things, but it is also an issue about which large numbers of people are very passionate. But, since they no longer have a government in London, and must hang on the words of our masters in Brussels, they would have good reason to ask why we still need the vast apparatus of state which used to govern us.

Well might they ask – but answer there will be none.