Taking on the "army of evil" 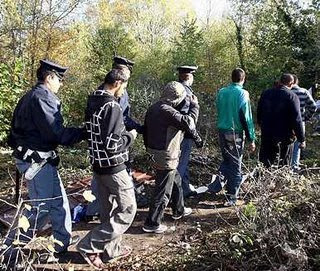 Quick off the mark, the prime minister elect of all Italy, Silvio Berlusconi, has decided to make immigration control one of the key policies of his new administration.

Walking a very narrow line, he is promising to crack down on illegal immigrants, describing those who are involved in crime as part of an "army of evil".

"We need to step up neighbourhood police who can be an army of good," he says, "placing themselves between the Italian people and the army of evil."

Interestingly, although the most recent headline problem has been Romanian immigrants, Berlusconi – apparently learning from the experiences of his predecessor – is focusing on "deporting non-EU citizens who are here and do not have work or home and are forced into crime in order to live." EU citizens, it seems, are not in the frame.

The elevation of the immigration issue is seen as a response to the breakthrough by Berlusconi's Northern League ally, which nearly doubled its strength in parliament. It is thought that this party, which has a strong anti-immigration platform, will strongly influence the new administration's agenda.

Whether Italians in general, and the Northern League in particular, will be content that only non-EU citizens are targeted, is a moot point, but the very fact that Berlusconi is raising the immigration issue so early suggests that the issue has not gone away.