A new era of incompetence 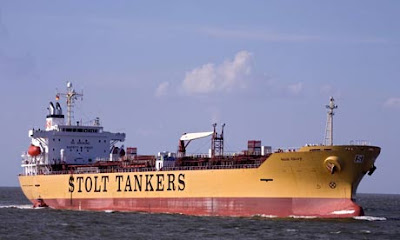 What really offends about the way our hybrid system of government works (not) is the casual way policy is now formulated, most often it seems on the hoof, without any idea of the implications and consequences.

It was that which characterised the March 2007 European Council in Brussels, where Tony Blair – in one of his last acts as prime minister – so blithely committed the UK to the EU biofuel and renewable energy quotas, all as part of some mad bidding process to allow the EU leaders to appear "greener than thou".

Only later did we get confirmation that the government had already been warned that the renewable energy quota was "unachievable" (not that we needed it), while the biofuels target, from the very start, was obviously a non-starter.

The obvious problem with the biofuels quota was to meet the demand using wheat (the preferred crop) would require more land than is currently available in the UK, on which basis it must have been (or should have been) evident to our policy-makers that a goodly proportion of our biofuels requirement would have to be imported.

Now, even though this might seem to be blindingly obvious, it appears that our gifted policy-makers – and certainly not the grandstanding Mr Blair – ever gave it a thought.

Courtesy of The Guardian, we discover that not only is Britain is facing a big shortage of specialist ships needed to carry biofuels, shipping companies are unwilling to invest in the extra 400 suitable vessels needed, "unless politicians give clear guidelines about the future of renewable fuels."

This comes from Richard Sadler, chief executive of Lloyd's Register, who says, "There is so much uncertainty that makes it very difficult for a shipowner to invest in a sector with so much political risk."

Furthermore, this is not just a local problem. Sadler is saying that the world fleet might be "unable to cope" unless there is a 20 percent increase in the number of ships.

This sort of uncertainty is by no means confined to this sector, witness the debacle over MRI scanners, where the EU produced totally unrealistic legislation, only to have to delay its implementation while they had second thoughts about the consequences of their actions.

So it is with biofuels, and much else, in this instance with energy minister Malcome Wicks voicing open reservations about the policy, saying, "It would be ridiculous if we fill up our cars with 5-10 percent biofuels if the consequences are that somewhere else in the world people are not being fed … We need to have a second look [at the EU's biofuels target]. I think we will."

In the dim and distant, rose-tinted past, we used to have Royal Commissions and other learned bodies which deliberated, sometimes for years, on specific issues and the implications of action, before issuing weighty recommendations which then formed the basis of legislation.

All this seems to have gone by the board, leaving one with the impression (certainty?) that our leaders do not have the first idea of what they are doing. And, while our politicians are only caught out so comprehensively only rarely, so badly is the legislative process tainted that there can be very little confidence left in their capabilities.

At a time when we have such great need of good government, we seem to moving into new era of incompetence.