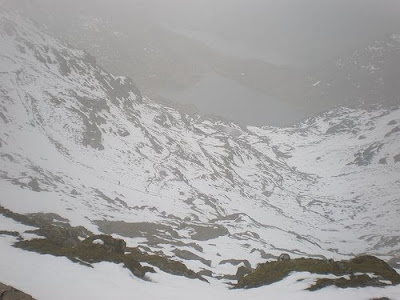 In December 2004, The Daily Telegraph was portentously carrying a story headed: "Snowdon 'to lose its snowcap by 2020', says study". "It may be one of the last white Christmases on Mount Snowdon, the highest mountain in England and Wales. Scientists have reported that snow is disappearing from the peak as the snowline retreats due to global warming", the story ran.

Fast forward to November 2007 and the North Wales Daily Post was recounting how Welsh environment minister Jane Davidson had been "shocked" by photographs taken ten years apart, one showing Snowdon covered in snow and the other more recent picture, without its white peaks. 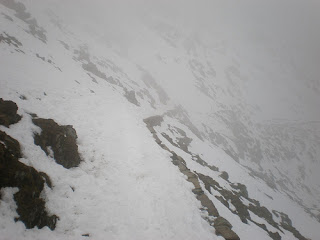 The photographs were part of an exhibition by the National Trust entitled: "Exposed – Climate Change in Britain's Backyard". By demonstrating the effect of global warming on Trust property, we were told, "the event aims to persuade people to adopt more environmentally friendly lifestyles."

Ms Davidson said: "I was shocked when I saw these two photographs. It has been suggested Snowdon may have to be renamed but like other parts of the world it stands as a reminder of what is happening to our planet." She went on to tell the launch: "We must act now to reduce the emissions of the greenhouse gases that cause climate change and respond to the impacts of the changes already underway as a result of previous emissions."

And now … The two photographs published here show Snowdonia as it was earlier this week. This winter the snow has been so persistent that construction work on the summit restaurant has been delayed for several weeks.

Should we act now to increase emissions?