Three meals from a revolution? 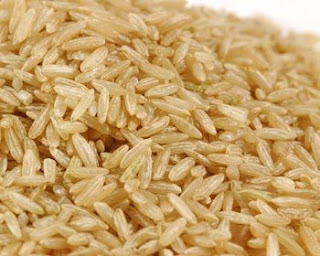 In what could be either a temporary market distortion, or a harbinger of a greater crisis, The Times reports today that food rationing has been introduced in the US giant Wal-Mart and in British stores, in bid to protect rice supplies.

With supplies dwindling and customers hoarding stocks, says The Times, multiple outlets are starting to restrict sales. Wal-Mart has said that its wholesale business had limited each customer to four bags of long-grain white rice per visit because of a shortage in supplies.

We are told that the move by the world's biggest retailer, which owns Asda, "constitutes the first time that food rationing has been introduced in the US". While Americans suffered some rationing during the Second World War for items such as petrol, light bulbs and stockings, they have never had to limit consumption of a key food item.

In Britain rice is being rationed by shopkeepers in Asian neighbourhoods to prevent hoarding. Tilda, the biggest importer of basmati rice, said that its buyers - who sell to the curry and Chinese restaurant trade as well as to families - were restricting customers to two bags per person. "It is happening in the cash-and-carries," said Jonathan Calland, a company executive. "I heard from our sales force that one lady went into a cash-and-carry and tried to buy eight 20kg bags."

Of course, local restrictions do not a shortage make. Panic-buying and hoarding by retail customers can drive any product off the shelves, even when there is a plentiful supply. But these events do coincide with a doubling of global rice prices and bans on the exports of rice by India, China, Vietnam and Egypt.

This has put increased pressure in the United States, as a major producer of rice, leaving Costco Wholesale, the largest warehouse operator in America, said this week that demand for rice and flour had risen, with customers panicking about shortages and hoarded produce.

The Times offers an interesting comment from Tim Johnson, of the California Rice Commission, who says: "This is unprecedented. Americans - particularly in states such as California - have on occasion walked into a supermarket after a natural disaster and seen that the shelves are less full than usual, but we have never experienced this."

Panic buttons we do not need yet but, as science fiction authors Larry Niven and Jerry Pournelle wrote in their 1977 cult book, Lucifer's Hammer, civilisation is "only three meals removed from savagery".

This has morphed into the phrase: "no government is more than three meals from a revolution", which is variously attributed to Mao, Marx and sundry others – without any reliable source. But the message conveyed is clear enough.

If, as many argue, the global food market is undergoing structural change, with in-built production deficits, then many of the current political preoccupations will fade into insignificance as the struggle for survival – of peoples and governments – begins to dominate.

In a year's time – or maybe not – politics could look very different from what we see now.