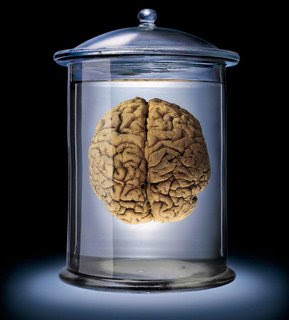 One of the favourite themes of my co-editor is to ask of the MSM: "are they listening to themselves"?

Straight into that category soars a report from CNN which blandly tells us: "Those battling global warming by promoting biofuels may unintentionally be adding to skyrocketing world food prices …".

Er … to meet the ten percent biofuels quota for the UK would require, according to our estimate, 14 million tons of wheat, against a total production of 11 million, all but one of which is used for food production.

And, as we pointed out last year, the conversion of European grain lands to growing wheat for petrol is going to raise its cost of food.

Multiply that world-wide and you have, in broad terms, the best part of 130 percent of global grain production devoted to producing ten percent of the global demand for automotive fuel. And these people didn't realise that it would raise food prices?

Did these people actually think you could siphon off the greater part of global agricultural production and it would have no effect on food prices? These people promoted such a policy without realising it would have that effect? What did they think … that they could just go to the supermarket and buy some more food to make up for the shortage?

What do these people do for brains? Do they keep them in glass jars in their bathrooms, for occasional use – like when they have to confront the results of their insane policies? Or do they just keep them as ornaments, that being a far more productive use than actually plugging them in?

"Calm down, North!", I can almost hear my co-editor say. Yeah! Right! Unintentionally? I think I would feel happier if they had calculated this "side-effect" intentionally. At least that would have demonstrated some spark of sentience, of human (or inhuman) intelligence. But to condemn the world to mass starvation unintentionally …?

Lost for words, that I am.