The dominoes are falling 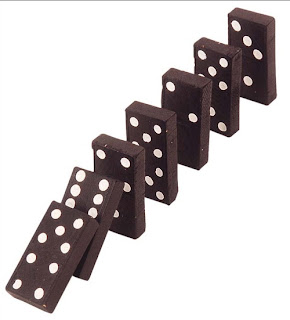 Slovakia is the latest country to have ratified the Constitutional Reform Lisbon Treaty. There was a kerfuffle as there usually is in the new member states, as some of the opposition politicians boycotted the vote in protest against a new media law, which has also been condemned by the country’s newspapers and the OSCE.

Off-hand it is not clear how the new law could go against the concept of freedom:

Slovakia's opposition parties claimed the law would give readers, state institutions or politicians excessive rights of reply, even if critical articles about them were true.

Then again, almost anything allows for more freedom than our own libel laws, which can be used to punish authors such as Rachel Ehrenfeld if they tell the truth about terror financing in books that have not been published in this country.

The question is, presumably, whether right of reply is reasonable or excessive and how one defines excessive. I can imagine a situation in which newspapers will simply stop publishing anything of interest, so afraid will they be of having to devote enormous amounts of space to various rights of reply.

Back to that treaty. When the time came, one of the opposition parties dropped its boycott and the Prime Minister, Robert Fico, got his vote. His coalition did not have the necessary two-thirds majority without the support of the Party of Hungarian Coalition (SMK), whose leader Pál Csáky seems to show a remarkable concern for Slovakia’s good name abroad.

With the Polish President, Lech Kaczynski, signing the law that went through both Houses of the Polish Parliament last week and Austria ratifying it as well, the number of dominoes that have fallen is now nine (or will be as soon as the Slovak president adds his signature). They are Bulgaria, France, Hungary, Malta, Romania, Slovenia, Austria, Poland and Slovakia.
Posted by Helen at 16:27