The bubble across the pond 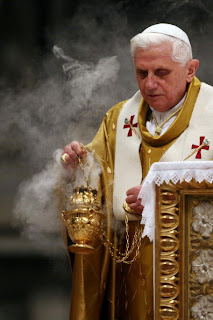 Despite the almost non-stop Clinton – Obama soap opera being played out in the media here, there was some slight coverage of a meeting of the World Bank development committee in Washington yesterday (Sunday).

Voice of America captured the flavour of what little coverage there was, with a quote from World Bank President Robert Zoellick. He was cited as saying that help is needed for countries in which sharply higher food prices are causing hunger. Zoellick is calling for a $500 million emergency feeding programme to be set up.

Whether coincidence or not, Fox News ran a series of features yesterday morning on Darfur, although there was no direct connection made with global food prices.

Zoellick, however, is characteristically blunt, saying: "We have to put our money where our mouth is … So that we can put food into hungry mouths. It's as stark as that."

IMF chief Dominique Strauss-Kahn, who participated in the Sunday meeting, warned that the inflationary effect of higher food prices could push millions back into poverty. "All that has been done [achieved over the past decade] can be undone very rapidly by the crisis coming from the increase in food prices," he says.

In truth, though, although the "great and the good" in the tranzie world are getting worked up about the global situation, it isn't really registering here as a mainstream issue. On top of the presidential election, the credit crunch and foreclosures are dominant themes, with very little thought given to the global economy.

That, of course, applies as much to UK coverage, so this is not an attempt to convey any sense of moral superiority. It just an observation that the the growing global economic crisis – particularly as it affects the developing world - is something of a minority concern.

However, with the big wigs meeting here on Wednesday at the IMF, Gordon Brown amongst them, this may possibly up the ante. The "problem" though – if it can be called that – is that the arrival of Pope Benedict may upstage them all. This visit is now being played big, although it is very difficult to divine whether the pontiff has any specific message for the wider world, or even the United States, when he arrives.

Some commentators are suggesting he will speak very loosely to the concept of maintaining human rights as a Western cultural artefact, avoiding any specifics that might have a political edge in an increasingly fraught presidential contest. Few if any seem to expect him to break free of the enigmatic aura which he has acquired.

With a lack of direct substance, the media may have little that it can get its teeth into. It needs little excuse to concentrate on the spectacle and this, rather than any papal message, may become the preoccupation, so drowning out any message we get from the IMF or any broader appreciation of the global picture.

As outsiders looking in, even in our own country, here we sense a similar detachment from reality which so perplexes us about our own political caste. We lack, however, the insight into US politics which would qualify us to make any profound statements, other than to say that mere proximity to the centre of action in itself does not confer any great leap in understanding.

The worst of it is, though, that one does get the suspicion that the grasp of global politics is no wider this side of the pond than it is in the claustrophobic little world that we have left. We may be looking at a different "bubble", but it is still a bubble.