Thou shalt not be efficient 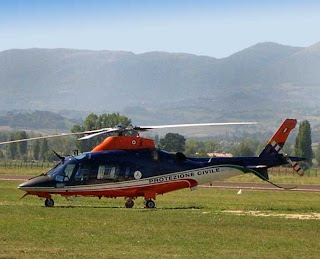 There will not be many readers of this blog who would rush to accuse us of having any great respect or regard for the Italian government.

When it comes to its policy of buying helicopters for military and civil government uses, though, it seems to adopt the eminently reasonable idea of purchasing standard machines – such as the Augusta A109 (pictured) – for its Army, its coastguard, its para-military forces such as the Carabiniere and its civilian corps such as the Protezione Civile.

The fairly obvious rationale is that that servicing, pilot training and operations can be standardised and since there is not quite the same distinction between the military and civilian authorities as we see in, say, the UK, the machines purchased primarily for civilian use can also be transferred into military service should the need apply.

Such good sense, however, it totally beyond the grasp of the European Union and, in particular, its judicial arm, the European Court of Justice. They see the cause of integration as far more important than the efficiency of the Italian government (if that is not a contradiction in terms) and its pursuit of reasonable economies.

Thus, in a case brought by the EU commission, the ECJ has just ruled that the Italian government is guilty of the heinous crime of breaching EU procurement directives by not putting out to competitive tendering contracts for the purchase of helicopters, "the use of which for military purposes is hardly certain." These machines, it has ruled, must be subject to the EU's competitive tendering procedure and not, as is the case currently, purchased through a "negotiated procedure" direct with the manufacturer. 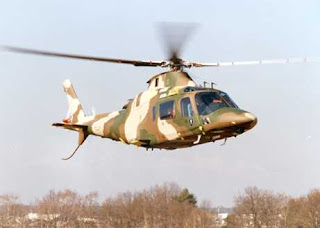 There is, of course, an exemption under Article 296(1)(b) EC which allows any member state to "take such measures as it considers necessary for the protection of the essential interests of its security and which are connected with the production of or trade in arms, munitions and war materials". This permits the Italian – and any other member state – government to make its own arrangements for the purchase of military helicopters without recourse to the procurement directives.

But, when it comes to equipment which is used primarily for other purposes – even if to be purchased by military corps for civilian use - then the EU rules governing the award of public contracts apply.

Although in this case, the Italian government argued that a common fleet type was "necessary to ensure the interoperability of its fleet of helicopters, in order, particularly, to reduce the logistic, operational and pilot-training costs," the court was entirely unmoved.

The government, it said, had not demonstrated, "in what respect a change of supplier would have constrained it to acquire material manufactured according to a different technique likely to result in incompatibility or disproportionate technical difficulties in operation and maintenance."

On might take a certain sly pleasure in the discomfort of the Italian government in what has been described as a "flagrant violation" of EU rules, except of course, what applies to Italy also applies to us. And our supreme government is quite clearly telling us that efficiency, cost saving and other desirable attributes of our local government are as of naught when it comes to the pursuit of integration.

But then, I guess we knew that already.