Reduced to the status of spectators 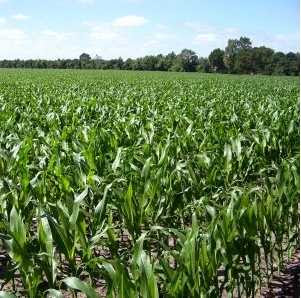 Fading into distant memory now, I can recall a time when genetically modified crops were big news in this country, with a vibrant debate about their use being played out in parliament and in the broadcast and print media.

As of now, however, the debate in the UK is effectively dead. In another example of how crucial issues have been stripped out of British politics, marginalising our parliament, it has moved to Europe. The EU commission is occupying centre stage, taking on recalcitrant member states in a bid to force them to permit the import of GM maize strains that have already been approved by the system.

We have followed the twists and turns of this debate, most recently here, a notable feature of which has been the almost total absence of that UK input. Big players have been Austria and France as well as Poland. Romania has also joined the growing band of member states refusing to allow imports.

Procedurally, through the comitology process, the commission could over-ride the member states but, within the commission itself, there is considerable division over the way forward. Individual commissioners are supporting the positions of their member states – something which is not supposed to happen.

Unfortunately for the commission, outside pressures are crowding in. One such is a current WTO case filed against it by Argentina, Canada and the United States, seeking to overturn bans, from 1997 and 1999, on two specific GM maize varieties. Another is a lawsuit which has been filed against the commission and one more is threatened - these over delays in processing applications for approving two new strains of GM maize.

The deadline for a decision on the WTO case was last November but every procedural tactic has been employed to delay the final reckoning. A commission discussion was imminent but yesterday, still trying to stretch the timescale to the limit, the commission has finally conceded that it must debate its biotech policy and has finally set 7 May for the event.

Cultivation of GM crops is expected to be at the top of the agenda but the discussion is not going to be simple. Environment commissioner Stavros Dimas – whose portfolio includes GM issues – is one of the leading GM refuseniks. He has hatched what he hopes will be an acceptable deal which has been called the "Dimas package".

He aims to broker an agreement with Austria – which is the only country specifically named in the WTO suit - to lift its ban on import and processing of GM products, but allowing it to keep its ban on cultivation. He then expects the commission "college" to support him in rejecting two company applications for growing GM crops.

This strategy, of somewhat dubious legality – even under EU law – will not end the debate, but it might buy the commission a little more time. As recently as March, the commission approved the import of yet another GM maize, but in an uncommon display of impotence, is unable to make its decision stick while so many member states continue to block imports.

Altogether, this is a fascinating study of the interplay between the commission and the member states, with an overlay of global politics, illustrating the limits of the commission's power. If they are so minded, member states collectively can still frustrate the provisions of the Treaties and EU law.

Much is at stake here. If the claims for GM crops stand up, EU member states are at a serious commercial disadvantage in rejecting these products, with 114 million hectares under GM cultivation elsewhere in the world. If, on the other hand, some of the fears – as expressed by member states – are justified, then the delays and obstruction are well founded.

Either way, this is a matter for debate at the highest political level because the issues cannot go unresolved. But, as we observed at the beginning of this piece, however vigorous that debate becomes, it is not happening here. On this, as with so many other issues, we are reduced to the status of spectators.