The real crisis has yet to come (Part 1) 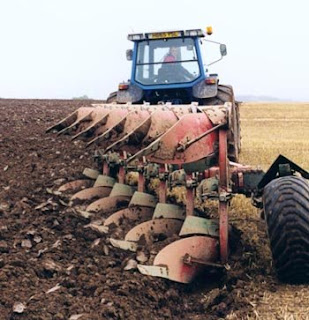 I started last night writing a quick round-up of the "food crisis", only to find that, like topsy, it just growed. I have, therefore, published it on EU Referendum 2.

Reviewing the piece and doing more work on it this morning, I have decided to break it into two parts, withdrawing part of the original which I intend to re-publish later as a stand-alone Part 2.

The first part deals with the current "food crisis", which concludes that, with additional planting and the expectation of a record wheat harvest for this coming year, the worst is over, in the short-term. Wheat futures have already dropped 40 percent from their February peak, in anticipation of a healthy surplus, and the decline may continue.

In the second part, however, I deal with the medium to long-term, looking in detail at the biofuel issues. Here, it beomes apparent that the rush to green fuels - if allowed to continue - will outstrip the capacity of the global agricultural system, and precipitate massive price-hikes and food shortages.

Worst still, the EU's case for biofuels seems to rely on back-of-the-envelope calculations, and accounting which has more in common with Enron than anything that might be considered worthy of a government. Given the probable effect of its 10 percent biofuels quota, this could prove - despite the competition - one of the worst policy blunders the EU has ever made.