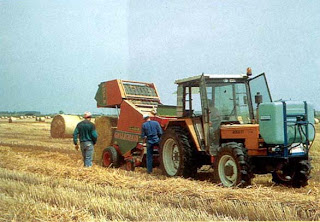 While great events are afoot – both the Pope and Gordon Brown are following the trail blazed by the Booker/North team to Washington – the French have a firm sight of their own priorities.

French agriculture minister Michel Barnier, it seems, is pushing for the CAP to be put back on top of the EU agenda.

At a meeting of the farm ministers in Luxembourg tomorrow, he is to float the idea of a "European initiative on food security" throughout the world, picking up on a warning by EU Development Commissioner Louis Michel, who is telling us that the soaring prices of basic foodstuffs could cause a "humanitarian tsunami".

France, of course, takes on the EU's "rotating presidency" and this is a warm-up for what is expected to be a major French initiative to turn back the EU's drive to reduce agricultural subsidies.

Oddly, this is not the major news item on the TV channels over here in Washington, but you can see which way the Euros are moving. "Europe, with its high-performing farming sector and its common policy must clearly play a providing and regulating role on world food markets," says French foreign minister Bernard Kouchner, European affairs minister Jean-Pierre Jouyet and human rights minister Rama Yade, among others in a published joint statement.

"The increase in the cost of food paradoxically presents an opportunity, to revive investment in the farming sector," they add.

As we said, some things never change.