The politics of food 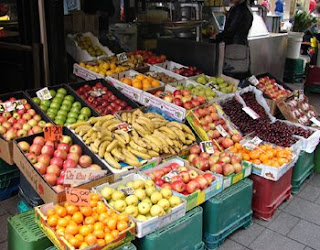 An interesting article on American Thinker points to the "one reason above all for the current crunch in basic foodstuffs" … politics.

There is much with which we would agree this piece, written by J R Dunn. "The danger," he writes, "is that the current 'crisis' will stampede the international community into taking steps that will make things worse." Echoing our words in our earlier piece on the EU dimension, he adds: "It is almost like attempting to put out a fire with ethanol."

And, if this blog is verging on the obsessional on this issue, it is a reflection of our utter frustration that such an intensely political subject is being virtually ignored by our own politicians (and media), something which we articulated again in last night's posting.

Ignoring this issue will not make it go away. Nothing is more fundamental to the stability of a nation than the security of its food supply, in which context there are strategic and national decisions which need to be made. But, as Dunn points out, it is eminently possible that the wrong decisions will be made, making things worse.

If we continue to opt out of the debate – and the decisions which stem from it – the most likely outcome is that we, as a nation, will suffer and, if the wrong decisions are made, so will the rest of the world. That, as we well know, will trigger instability – and worse – which will have ramifications on a wide range of policies, and important, if unquantifiable consequences.

For that, we will have only ourselves to blame.