A scream in broad daylight 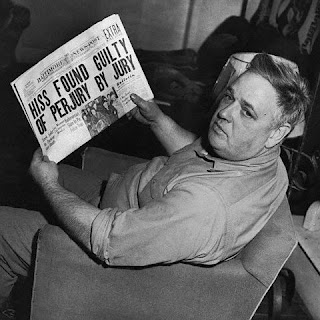 One of my great heroes is Whittaker Chambers, not just because he managed to bring down some of that self-satisfied, arrogant, treacherous group of which the various Hisses were such a prominent section, but because his actions had a logic that escaped fellow travellers.

He joined the Communist Party and, later, became a secret member of it because he believed that these were the people who could bring about the world he wanted. When he realized that, in actual fact, Communists created a far worse world, he left, deep wrench though it was for him to do so, and fought the good fight against them.

In his book, "Witness", which I thoroughly recommend to anyone who wants to understand the twentieth century, he describes a conversation with the daughter of a professor who had left the Party. It was, the young woman explained, because one day he heard a scream in the night. He heard the scream of all those being dragged away to prison, all those tortured, all those killed. Chambers explains his own "apostasy" in the same way - he, too, heard the scream in the night. 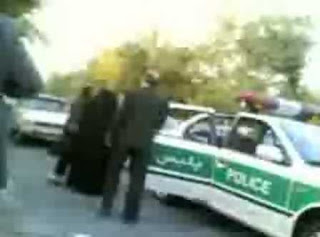 Now, thanks to Michelle Malkin, Fausta, Gateway Pundit and other bloggers, we can hear a scream in broad daylight. It's the scream of a woman being dragged into a police car by no less than four rather burly males (brave aren't they?), members of the Morality Police, who are cracking down on all those who are inappropriately dressed.

This applies to women who refuse cover themselves up completely from head to toe, to men, who are sporting vaguely western fashions and even to mannequins, as Fausta shows.

Who will hear that scream? The left-wing feminists who cannot imagine a system worse than Bush's presidency (which is, oddly enough, very similar to all other presidencies)? The UN, perhaps? Well, errm, no.

In fact, the UN's latest report on the state of women's rights, the UN, to the complete lack of surprise among us, seasoned UN-watchers, criticized only one country. Well, have a guess. Saudi Arabia? Nope. Sudan for its behaviour to women in Darfur? Nope. Pakistan, perhaps, for honour killings? Nope, wrong again. Give up. OK, I'll tell you. It's Israel.

Well, OK, you might argue that women in Israel, Jewish, Arab, Druze and others, seem to be remarkably free to do what they like doing. But, hey, have you thought what the "occupation" does to Palestinian women? Not as much as the treatment of Palestinian women by Palestinian men does in a society where honour killings (or, in plain English, murder, often preceded by torture) is considered to be a minor crime. Of course, they do acknowledge equality in one respect. Indeed, the women get priority in this; suicide/homicide bombing.

In the meantime, the women of Iran can scream their heads off.