You can't just ignore it 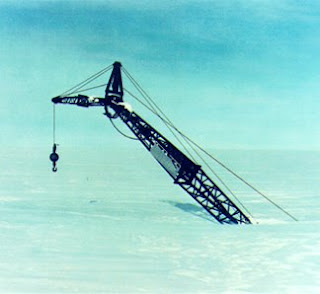 Once upon a time, they used to have men who followed up the horses, shovelling up the droppings – for use elsewhere. With the advent of technology, however, this noble profession was thought to have disappeared.

In fact, the breed is alive and kicking. The practitioners simply moved on to become environmental journalists, depositing their garnerings in the media rather than on compost heaps.

Thus do we see a vivid illustration today with Louise Gray’s finest droppings, delivered fresh and warm for our morning delectation.

One can only admire her dedication. She has happily scooped up with her own bare hands David Pollard of Pennsylvania State University – who has dumped in Nature magazine. He has used computer models to simulate Antarctic ice sheet variations over the past five million years. Ah … computer models.

With these wondrous devices, we now learn that "climate change" could melt the West Antarctic Ice Sheet. But … wait for it (a long time) … these computer models show "it is a distinct possibility but it is not going to happen in the next hundred years it will happen over thousands of years".

Nothing, though can possibly compare with Pollard's blind adherence to his creed. "[But] it is something to be concerned about," he cautions. "You cannot just ignore it because it is happening in thousands of years time."

Right! One can just see the panic in the streets … "the ice is going to melt in a thousand years time!", the crowds shriek. Maidens swoon, grown men weep and they have emergency debates in parliament. Meanwhile, Louise Gray and her cohorts continue to scoop up the droppings …