One rule for them … 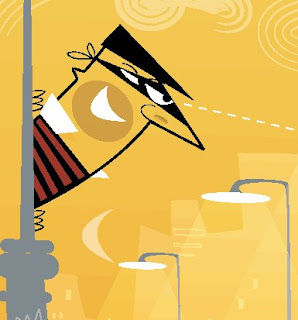 In all the welter of bad news, incompetence and government-inspired disasters, it is very often the little things that have most impact. Hence a letter from Andrew Cole in The Daily Telegraph has a certain resonance.

Mr Cole runs a design consultancy employing 25 staff and complains about an astoundingly rigorous inspection by HM Revenue & Customs. Expenses, he writes, were subject to particular scrutiny, even petty cash expenses of under £10 were questioned and explanations demanded.

The tax officials were critical of the level of written detail recorded in justifying expenses (covering, for example, a train or Tube fare for an employee travelling to a meeting) and disallowed a percentage of business expenses, "leaving us with a hefty bill to settle or face protracted legal wrangling."

Writes Mr Cole, "While I have never been comfortable with the enthusiasm and relish with which some HM inspectors approach their work, they set out to ensure that companies operate within unbelievably complicated tax rules. It is demoralising that some of the many hundreds of thousands of pounds that my company pays in tax helps to fund an expenses system for MPs which is not subject to the same level of scrutiny. "

He adds, rather caustically, "In addition, perhaps some of the enthusiasm of HMRC should be used to regulate the taxpayers’ interests in the banking industry."

This is small beer compared with the big events we see covered, but it is episodes like these – an accumulation of small injustices – that rankle. Turning to the Moslem demonstration in Luton yesterday, not a few people are asking why it is that arrests were made, but the Muslims – who were clearly inflammatory - not only enjoyed police protection, but walked away Scot-free.

Small injustices make a big difference, because they affect people on a personal level – a level that relates to them. Add them all up and you change the mood of the country. Then, all it takes is a spark.