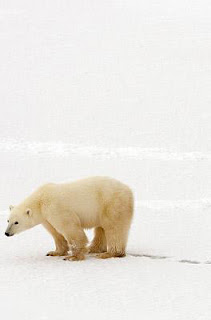 It struck me the other day that most political commentators are very bad at politics, as indeed are most professional politicians. The reason is at one simple, yet profound.

Thus, while the "political" groupies prattle on about their own narrow pre-occupations, the most intensely political issue of the moment – aside from the economic crisis – is the overt attempt by climate change activists to subvert the political process, bouncing national and international politicians into a series of hugely expensive and massively intrusive measures which will have direct and serious impacts on all our lives.

That is the nature of this "emergency summit" just concluded in Copenhagen, revealed in a report in The Guardian in February. Its organiser, Katherine Richardson, openly admits that, "This is not a regular scientific conference. This is a deliberate attempt to influence policy."

The target is, of course, the UN-sponsored climate change conference at the end of this year, where activists are seeking to impose a successor to the Kyoto treaty, imposing mandatory targets for emission reductions, and much else besides, the collective effects of which will be to cripple Western economies and effectively prevent any recovery from the current economic recession.

But so thin is the science, and so desperate is the economic crisis, that politicians are beginning to ask themselves whether the insane measures being proposed are affordable, or even necessary. Their doubts are thus threatening to bring the whole of the "climate change" cavalcade to a halt.

Recognising that they are at a turning point – where the global cooling trend observed for the past eight years is going to make the alarmists shrieks less and less credible – the activists are quite deliberately stoking up alarm in a last-ditch attempt to cow politicians into conformity. They are desperate to lock in unchangeable commitments, before reality sets in and their creed is entirely discredited.

In this context, one must look to Dr John Sununu's speech at the Heartland Institute conference earlier this week. Clearly, without equivocation, he stated what we all know to be true. The activism we are seeing is not about global warming. Global warming is not the real target, says Sununu, but just a convenient demon around which anti-growth and anti-development activism can be mounted.

The agenda is wholly political, aimed at achieving political objectives under the cloak of "saving the planet". That agenda is largely socialist, motivated by a very real attempt to impose global governance on the world population, transcending national governments.

This is global political integration, writ large, a king-sized version of the European Union, where national governments exist only to implement the diktats of their unelected masters, and to shield from the public that they are no longer living in self-determining nations.

It is the very nature of this agenda that makes "climate change" so attractive to the European Union which, together with its grandiose ambitions to become the supreme government of Europe (largely achieved), sees itself as a regional arm of an overarching global government, based on the United Nations – of which its wishes to be part, representing its vassal states.

What is totally unforgivable is the way the our politicians so easily acquiesce and how the supposedly free press buy in to the "climate change" alarmism without revealing the very transparent, underlying political agenda, and warning people of the very real threat to their freedoms.

But therein lies the evil genius of the "climate" activists. By cloaking their ambitions in apparent concern for the environment, and disguising their rhetoric, they lull the political classes into believing that this issue is somehow outside the political process.

The totem may be the polar bear but behind that "cuddly" façade, there is – like the bear itself – a killer, in this case a killer of democracy and independent government. We have here not a marginal, specialist issue but mainstream politics. There is a political conspiracy unfolding in front of our very eyes, and the political classes have gone to sleep.