The truth will out … sort of 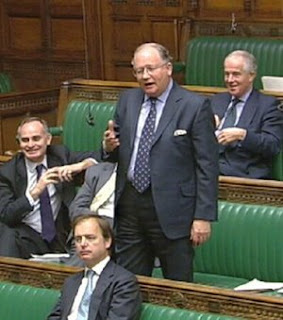 Booker picks up on Ann Winterton's question in the House last week about the role of EU directives in the Royal Mail privatisation saga. He notes, as did we, that MPs don't mind being in Europe and ruled by Europe, but the last thing they want is for anyone to admit it.

However, one MP – it seems – is quite keen to admit the role of the EU. This is europhile extraordinaire, Ian Taylor who, as Minister for Science and Technology at the DTI under John Major, was instrumental in pushing through the original postal services directive. Thus he adds a comment to Booker's column, stating "… of course the EU is involved in opening up the postal services: as a Minister we fought hard in EU Councils to achieve it prior to 1997. The UK is behind the timetable."

Taylor is one of those useful idiots, of which there are many in the Tory party – some of whom call themselves eurosceptics – who actually believe that "market liberalisation" under the aegis of the EU is a "good thing". In their intellectually limited vision of the world, they completely fail to understand that it is all part of the master plan.

Interestingly though, while Mr Taylor is suddenly candid about the role of the EU, on his own website, where he extols the virtues of the part-privatisation of the Royal Mail, any reference to the EU is curiously absent.

However, one wonders how many Labour MPs – much less ordinary people – realise that Gordon Brown, in pursuing his current plans on the Royal Mail, is simply implementing a Tory agenda hatched up with the EU in the days of the europhillic John Major ... in whose footsteps David Cameron is faithfully following.