The fall of Rome? 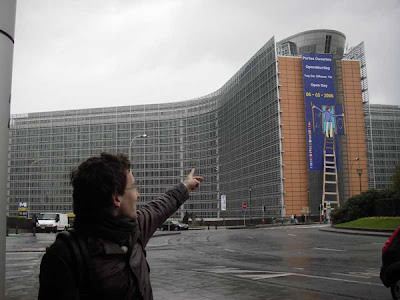 Was it the case that most of the great buildings in Rome were constructed after the empire had gone into decline?

If so, there may be hope for us yet. The city of Brussels, we are told, has given the go-ahead for a major facelift of the city's European quarter, which is dominated by EU office blocks. The project aims to mix shops, housing and public spaces with new office buildings, to inject some charm into what has been called an "urban ghetto".

The chosen proposal, put together by a multinational team led by French architect Christian de Portzamparc, will create a "symbolic area for the EU institutions," giving "body and soul to the European political project" and providing the Commission with much-needed office space.

One dreads to think what something that give "body and soul to the European political project" would look like ... something between the wilderness of Antarctica and the deeper reaches of hell? As for injecting "charm" into anything to do with the EU, that is rather like investing in a facelift for a crocodile.