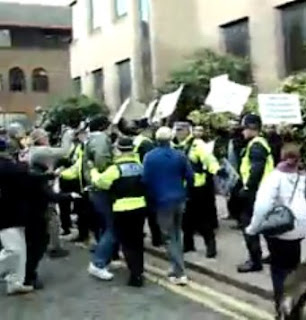 Trouble, we are told, flared as members of the 2nd Battalion of the Royal Anglian Regiment marched through the centre of Luton, Beds, to mark the end of a six-month tour of duty in Iraq.

Judging from the crowd reaction (pictured), these "sick Muslims" are lucky to be alive. We've heard of suicide bombers, but this is a new one – suicide demonstrators?